Promises, Lies and Apologies: Is It Possible to Restore Trust? - Knowledge@Wharton

Promises, Lies and Apologies: Is It Possible to Restore Trust? 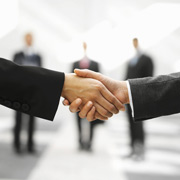 Suppose you lend a friend a DVD to watch on the agreement that he will mail it back to Netflix. If you find out your friend forgot to return the movie to the rental company, would you trust him with another DVD?

Now imagine the same scenario, but this time your friend tells you he sent back the movie, when in fact he didn’t. You discover he lied when you see the DVD on top of his TV. Even if your friend apologizes and promises to follow through next time, would you lend him a movie again?

The intertwining issues of trust, deception, apologies and promises are explored in a new research paper by three Wharton professors who came up with a unique laboratory experiment to see what happens when trust breaks down. The paper, “Promises and Lies: Restoring Violated Trust,” will be published in an upcoming issue of Organizational Behavior and Human Decision Processes.

DVD rentals aren’t the focus of the paper, but co-author Maurice E. Schweitzer, professor of operations and information management, offers the video example to illustrate how trust and trust violations influence people’s behavior whether in the workplace or everyday life. “Trust is the social glue that holds things together. It allows us to engage in social and commercial ventures,” Schweitzer says. “You can’t contract everything. We develop relationships that are based on trusting that things will work out.”

To study the dynamics of trust, trust violations and restoration of trust, he and colleagues John C. Hershey, professor of operations and information management, and Eric T. Bradlow, professor of marketing, set up a money game that allowed them to measure changes in trust over time, rather than simply at a single point in time. The researchers said they began the experiment with a widely held assumption — that trust is fragile, easily broken and hard to repair. “The thought was that trust is like glass,” Schweitzer says. “But that isn’t true.”

Instead, the money game experiment revealed that “trust harmed by untrustworthy behavior can be effectively restored when individuals observe a consistent series of trustworthy actions,” the researchers conclude. Also, making a promise to change behavior can help speed up the trust recovery process.

But the experiment found that when a person’s trust is violated, and the violation includes deception — for instance, your friend didn’t merely forget to return the DVD, but also lied about it — it is difficult to restore. “It’s okay to screw me over, but don’t deceive me as well,” says Bradlow. “If you screw me over and lie about it, it’s going to take even longer to recover from it.”

In the workplace, trust is essential to day-to-day business, whether it’s one colleague trusting that another will do her share of a project, an employee trusting that his boss will reward him for working long hours to meet a deadline, or a customer trusting that a company will fill an order correctly and deliver it on time. “Trust is critical for organizations, effective management and efficient negotiations, yet trust violations are common,” the authors write. “Trust violations can range from serious misdeeds that constitute fraud … to more common forms of trust violations, such as the use of deception in negotiations.”

For example, a worker may fail to give credit to a colleague on a PowerPoint presentation, leaving the unrecognized person feeling slighted and used. A boss may say, “Trust me. This job will be good for your career,” when what the boss is really interested in is filling a hole. Union reps and company managers may be less than forthcoming with each other while trying to reach a labor contract. On a grander scale, newspaper and TV headlines are filled with cases of trust gone bad: Enron and Martha Stewart are two obvious examples.

Putting Trust to the Test

For their study, the Wharton researchers agreed on this definition of trust: “Willingness to accept vulnerability based upon positive expectations about another’s behavior.”

To put trust to the test in a laboratory setting, they devised a situation in which “odd” players were paired with unseen “even” players in a money game that involved either passing or keeping money over seven rounds. Odd players were given $6 in each round. They could either keep the money or pass it. If the odd player chose to keep the money, the round ended. If the odd player passed the $6, the amount then tripled to $18 and the even player could decide how much to return to the odd player.

In fact, the even players were not game participants, but rather “confederates” who controlled how much money was returned to the odd players in each round. The researchers, or even players, also used written messages in some cases to communicate with the odd players.

At the start of the experiment, nearly all of the odd players passed the $6, but they got nothing in return from their even partners. That created the feeling that their partners were untrustworthy. “If I don’t cooperate, it means I can’t be trusted,” notes Hershey.

To establish the condition of deception, half of the odd players were also given written messages from their even partners before Rounds 1 and 2. The Round 1 message said, “If you pass to me, I’ll return $12 to you.” The Round 2 message said, “Let’s cooperate. I’ll really return $12 this time.” In fact, they got no money back each time.

In each subsequent round after the untrustworthy rounds, the odd players got back $9 when they passed the money. That was meant to establish a pattern of trustworthy behavior. In addition, some of the odd players received a message from their even partners prior to Round 3 that contained an apology, a promise or both. The apology read: “I really screwed up. I shouldn’t have done that. I’m very sorry I tried taking so much these last 2 rounds.” The promise read: “I give you my word. I will always return $9 every round, including the last one.” The promise and apology note combined the two thoughts.

The 1.5-hour experiment, which involved a total of 262 participants, revealed that trust can be effectively restored after untrustworthy behavior (the partner not returning any money in Rounds 1 and 2), but not when deception occurs (the partner not returning any money when he said he would return $12). “Our results demonstrate that while trust can recover from a period of untrustworthy actions, deception causes significant and enduring harm,” the researchers write.

Even when the deception was followed by trustworthy actions ($9 was returned in each of Rounds 3 to 7), trust recovered more slowly and less completely than when players were not deceived.

Deception also hurt the players financially. While the even players who deceived their odd counterparts earned more in the initial rounds than the even players who did not deceive, they earned less during subsequent rounds. Both even and odd players benefited financially over the course of the game when there was no deception. “While deception may be tempting because it can be used to increase short-term profits for the deceiver, we find that the long-term costs of deception are very high,” the researchers conclude. In other words, in long-term relationships, it pays to cooperate.

The researchers found differing results for the promise and apology. A promise to change behavior helped restore trust, especially initially, but a promise was not as effective when there had been deception. The results “highlight the importance of a promise in speeding trust recovery,” the researchers write, though they cautioned that “individuals should be careful not to make promises they cannot keep.”

An apology didn’t seem to matter much at all. The researchers note that doesn’t necessarily mean that apologies are worthless, but that perhaps the apology used in the experiment was not adequate. Other researchers have identified five key components of an apology: a statement of apology (I’m sorry), remorse (I feel badly), an offer of restitution, self castigation (I was an idiot), and a request for forgiveness. The apology in the money passing game involved just three of the elements: a statement of apology, remorse and self castigation.

While an apology seemed ineffective, the fact that a promise made a difference runs counter to the notion that “words are cheap,” Schweitzer says. Economists use the saying “cheap talk,” because it doesn’t cost anything or involve a formal agreement. “We’re saying words do matter,” he notes.

One of the next steps in research is to look more at how emotions factor into restoring trust, the authors say. Schweitzer is particularly interested in the role that envy plays. He adds that understanding the role of trust is especially important given the expansion of global markets: In countries where legal institutions are not as strong, such as China, trust is particularly key in business dealings.

While the Wharton money game could not mimic the dynamics of a real workplace experience, it did offer up some practical advice when it comes to recovering trust. “Managers working to rebuild trust should be sure that people observe their trustworthy behavior,” the researchers write. “Taken together, we find that when it comes to trust, actions matter, but they do not always speak louder than words.”

Promises, Lies and Apologies: Is It Possible to Restore Trust?. Knowledge@Wharton (2006, July 26). Retrieved from https://knowledge.wharton.upenn.edu/article/promises-lies-and-apologies-is-it-possible-to-restore-trust-2/