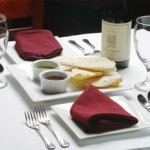 The Specialty Restaurants Ltd. initial public offering (IPO) in May this year was a landmark event for more than one reason. It was the first Indian restaurant company to go public. (Jubilant Foodworks, another listed entity, is a franchisee for Domino’s Pizza and Dunkin’ Donuts.) Secondly, the relatively modest US$34 million IPO, oversubscribed 2.5 times, gave private equity (PE) investors a rare exit.

While PE firms have been finding a lot of investment opportunities in India, the lack of an IPO market – the result of the general economic malaise – has made exits a challenge. Many of the deals concluded between 2006 and 2008 were at premium valuations. When the time came to sell out and move on, the valuations buyers were prepared to give did not meet the benchmark internal rate of return (IRR). According to the Bain Global Private Equity Report released in May this year, 71% of the capital deployed on the largest deals in India between 2003 and 2007 is yet to be returned to limited partners. When Specialty’s PE investors — SAIF Partners and Glix Securities — made their exit, they gained an internal rate of return of 18% and 31% respectively.

The other reason the Specialty listing is important is that it has made the restaurant sector India’s new PE darling, threatening to replace IT-ITES (information technology-information technology enabled services). According to Venture Intelligence, a research service focused on PE and M&A, the food and restaurant sector received US$260 million last year, and 2012 has so far seen five deals worth US$60 million.

The organized sector market for food and beverages, which was US$500 million in 2006 and US$1.5 billion in 2011, is estimated to grow at 30% to reach US$6 billion by 2016 (according to Technopak Emerging Trends in Indian Retail and Consumer 2011). Other than growing GDP and per capita income, there are micro trends that are propelling the restaurant industry itself and consequently PE investments in the sector.

“The first is the undoing of the joint family structure. As one kitchen becomes four kitchens, some of those might start depending on outside sources for food preparation,” says Parag Saxena, founder and CEO, New Silk Route (NSR), which in April this year acquired a majority stake in South Indian fast-food chain Adigas for US$38 million. “The second big driving force is that as women enter the workforce, they don’t have the same amount of time to take care of food. Third, as people move into urban locations, the availability of prepared food is much greater. Urbanization drives the first two trends even more. PE is looking for the opportunity to drive and participate in these trends. Restaurants are just one opportunity within that.” NSR has earmarked US$100 million to invest in Indian food and beverage (F&B) firms.

Pankaj Karna, managing director of Maple Capital, an M&A and PE advisory service, believes the restaurant sector is a long-term play for PE investors, and not a transitory trend. Says Karna: “PE guys are typically looking at making a minimum of at least 3x in a four-year timeframe. Also, there’s a certainty in cash flows if the model is right. That, along with growth, should allow private equity to make fair returns from this sector.”

PE firms are adding management inputs to the restaurants. At times, they have even taken charge. NSR, for instance, doesn’t make investments in businesses unless they can provide relevant CEO or COO level experience. It has changed five of the top management positions in Adigas since its investment.

Deepak Shahdadpuri, managing director of Beacon India Private Equity Fund, believes returns are a function of the price you pay when you go in. He says entrepreneurs are currently asking prices that are too high given the risks involved. At these levels, you can’t be confident of attractive returns. He cites the example of SAIF, which bought a chunk of Specialty Restaurants for US$22 million in 2008. “The returns aren’t that huge. They made money, but was it worth the risk? Most funds want a 25% IRR.”