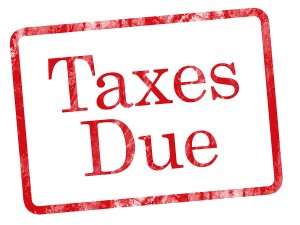 Fresh tax uncertainties emerged for foreign investors in India at the end of January — just when they had begun to breathe easy after the government postponed implementation of the controversial General Anti-Avoidance Rules to April 1, 2016. The cause for worry now is transfer pricing orders in which the income-tax department has alleged that Indian subsidiaries of multinational companies such as Royal Dutch Shell and Vodafone underpriced shares issued to group companies. This, according to the tax authorities, was done with the ultimate objective of lowering tax liability.

The tax department estimates the extent of underpricing by Shell India Markets at Rs. 15,220 crore (US$2.7 billion) and by Vodafone India Services at Rs. 1,300 crore (US$244 million). Notices went out late last month to several others, including Indian companies with foreign subsidiaries, for similar “underpricing” of shares in fiscal year 2008-2009. The tax authorities completed transfer pricing assessment for fiscal 2008-2009 in January.

Both Shell and Vodafone have said they will challenge the orders.

The orders disputed the valuation methods adopted by the companies for pricing shares issued to their group companies. Shell said in a statement on February 4 that “the share issuances were in accordance with the terms of the foreign investment policy, the prevailing exchange control regulation, applicable corporate and related laws.” The valuers used the net asset value method to work out the valuation, and it came to less than Rs. 10 (approximately 20 U.S. cents) per share. The new shares were, however, issued at Rs. 10 apiece.

India’s income-tax authorities want companies to use a more subjective discounted cash flow (DCF) method. “The exchange control guidelines for issue of shares to non-residents do not stipulate that valuations have to be calculated using the DCF method. Nor [do they] prohibit it, either,” says Mukesh Butani, chairman, BMR Advisors, adding that these guidelines require valuation be based on net asset value. Shell India is a BMR client.

The transfer pricing order to Shell India said that the 867 million shares issued to its holding company Shell Gas BV in March 2009 should have been valued at Rs. 183 (US$3.37) apiece and not at Rs. 10. Shell Gas paid around US$160 million (Rs. 867 crore) for these shares. The income-tax department is treating the difference between Rs. 183 and Rs. 10 as a loan from Shell India to Shell Gas, on which Shell India would have earned taxable interest income.

“To service the downstream business, which is not making money, we needed an equity injection in 2008 of US$160 million. We have (now) received a tax request of US$1 billion on this equity injection of US$160 million. Somebody needs to explain [this] because I do not understand,” chairman of Shell Group of Companies in India Yasmine Hilton stated following the statement from her company.

Effectively, the tax authorities have recharacterized what should be share premium as a loan, points out Vijay Iyer, partner and leader, transfer pricing at Ernst and Young. “How can the tax authorities presuppose a share capital transaction as a loan?” asks Iyer. According to Butani, there was a Bombay High Court order that prohibited recharaterization of equity as loan and vice versa in the absence of thin capitalization rules.

The order to Vodafone stated that the shares issued by Vodafone India to Vodafone Teleservices Mauritius in 2007-2008 were underpriced to the extent of Rs. 1,300 crore (US$244 million). The telecommunications giant has not shared details of shares issued or its valuation in its statement but said that the order is linked to the 2007-2008 transfer pricing dispute, which the company is already challenging before the Dispute Resolution Panel.

Transfer pricing norms are usually applied to transactions involving transfers of assets, goods and services between related parties or intra-group. Applying these rules to capital infusions or issues of shares to group companies is unheard of — a point both companies have stressed.

“Share subscriptions are not covered by transfer pricing rules either in India or internationally. We will be challenging the order as it has no basis in law,” Vodafone said in a statement from London.

“Taxing the money received by Shell India is in effect a tax on foreign direct investment (FDI), which is contrary not only to law but also to the spirit of the recent global trip by the finance minister to attract further FDI into India,” Hilton said in the February 4 statement.

Predictably, these orders have caused panic among investors, with some even reviewing their future investment plans, tax consultants say. “There is a lot of apprehension among our clients. We get questions [about whether] such orders could be served on them,” says Samsuddha Majumder, counsel at law firm Trilegal. However, there is little tax consultants can do at this stage to calm their clients, given that they, too, have to make sense of the tax authorities’ latest decisions. For the moment, these orders are being seen as desperate measures by tax authorities to collect more taxes. However, the current set of orders will not result in a revenue windfall for the government in the current fiscal year, since companies are set to challenge them.