It was the lesson of the best-selling book-turned-movie, Moneyball: Don’t throw money at big-name baseball players or judge future performance by purely physical attributes. Assess them, instead, by more relevant measurements, like their on-base percentage.

Wharton professor J. Scott Armstrong and Philippe Jacquart of EMLYON Business School in Écully, France, say the same principles can be applied to choosing corporate executives. In a recent paper, they challenge the popular belief that higher pay leads to selecting chief executive officers who will outperform their lower-compensated counterparts.

After doing an extensive review of existing experimental research, Armstrong and Jacquart concluded that just the opposite is true — higher pay does not attract better talent, and can be expected to undermine performance. They suggest that a better method of choosing the right leader is to use quantifiable measures to judge candidates for the job, anonymously if possible. Their paper, “Are Top Executives Paid Enough? An Evidence-Based Review,” was published, along with commentaries, in the November-December edition of the journal, Interfaces.

The authors say executive search firms and corporate boards typically use “unaided expert judgment” — i.e., gut instinct — in making decisions about hiring CEOs, who in 2008 were paid 185 times more than the average worker.

Those instincts, they note, are often triggered by factors unrelated to a person’s ability to do the job at hand. Their review included a 1994 experiment in which participants viewed videotaped job interviews, which included some candidates who wore prostheses to appear overweight. When viewing the overweight candidates, participants made negative inferences despite no evidence that body type makes any difference in executive performance, the authors write.

Armstrong says companies have more precise methods at their disposal, but are so entrenched in traditional, subjective recruitment methods that they are reluctant to experiment with new ideas. “As Winston Churchill said, ‘Men occasionally stumble over the truth, but most of them pick themselves up and hurry off as if nothing had happened,’” notes Armstrong.

The biggest shortcoming of executive recruitment, the researchers say, is the failure to apply “Meehl’s Rule:” Never meet a job candidate until you decide to make them an offer. The late Paul E. Meehl, a psychologist from the University of Minnesota, advised using relevant, quantifiable factors to judge candidates. Instead, height, body build, gender, accent and looks often get considered, the authors note.

For instance, Jacquart and Armstrong cite a study of symphonic auditions, in which the probability that a female musician would be hired increased when the candidates were judged anonymously from behind a screen.

The authors suggest that corporate boards can use a method similar to sealed bids to help select top executives. Instead of coming in for a traditional face-to-face interview, candidates would be allowed to submit sealed bids about what they can do for the organization, what skills they possess, how much money they require, how long a contract they need and whether they would require a pay-off if asked to resign.

The proposals by each candidate would be cleared of any information unrelated immediately to job performance, such as gender, weight, height, voice or other physical attributes. The bids would then be given to a committee that would evaluate the anonymous candidates using a rating sheet. The candidates who passed that initial screening would then take a battery of tests where they would be evaluated for traits like cognitive abilities, values and self-control.

Assessment centers, the authors write, can help demonstrate whether the job candidates can run effective meetings, make sense of data, listen to others, write persuasive reports and develop strategic plans. That information can be placed into an “index model” for choosing the leading candidates that would sum up their positive attributes, they add.

The Oakland Athletics, featured in Moneyball, used Meehl’s Rule to great effect, but few businesses have done the same, Jacquart and Armstrong point out. This is unfortunate, they add, because they expect that using the rule would help all involved. “There is room for improvement — quite a bit of room, in fact,” Jacquart notes.

When judging compensation for those who are offered the job, Jacquart and Armstrong say there is no evidence that the top dollar gets, or retains, the best talent. The authors point to an analysis that shows a positive relationship between financial rewards and simple, perhaps boring, tasks like installing automobile windows. For interesting or difficult tasks, however, financial incentives did not produce better results.

The authors cite a study showing that CEOs who won awards in the press saw a marked increase in pay, while similar CEOs (runners- up for the awards) saw little increase. Three years later, there was a large gulf between what the winners and non-winners earned. However, the stocks of the firms controlled by the “superstars” actually underperformed compared to those of the firms run by the non-winners.

Executives, they write, are often held personally responsible for the success or failure of the organizations they represent without consideration of external factors, such as the state of the economy. They point to a study in which CEOs of oil companies that performed strongly were compensated well, despite evidence that the profits resulted from fluctuations in the price of crude oil.

Businesses often look outside an organization to choose their leadership, trying to find people who have enjoyed success elsewhere, with the theory that they can replicate that success in their own organization, the researchers note.

However, boards often give short shrift to internal candidates who tend to have better knowledge of the job, company culture and product. The authors cite a study of an investment banking division, which compared the performance of internal hires against external ones who were compensated more. The study showed the external hires performed worse and left the company sooner than those chosen from within.

“A policy of hiring from within might lead ambitious people to identify more closely with the firm and motivate them to prove their importance to the firm rather than trying to attract outside offers,” the researchers say.

“A policy of hiring from within might lead ambitious people to identify more closely with the firm and motivate them to prove their importance to the firm rather than trying to attract outside offers,” the researchers say.

Small companies tend to promote from within, and Apple, Armstrong and Jacquart note, lost its way when it hired outsiders as CEOs after the ouster of Steve Jobs in 1985. Given the importance and status that comes with being CEO, many capable individuals would accept a modest salary, they write, praising the Mondragon cooperatives in Spain where the CEO makes less than 11 times the lowest-paid employee and works at the pleasure of the employee-owners.

“When it comes to executive selection and remuneration, a stark contrast exists between experimental findings and current practice,” they note.

Another field experiment had participants completing tasks that required creativity, attention, concentration and memory. Some were told exceptional performance would get them a small financial bonus, others were told they would get a medium-sized reward, and a third group was offered a large one.

The performance of the small- and medium-bonus groups was roughly similar, while the large-bonus group actually did worse. Researchers in this experiment performed brain scans on participants and found that in the large-bonus group, the matter of the reward took up so much of their thought that there was little room for anything else.

Armstrong says many executives would respond to the free-market bidding process. Small executive search firms, he adds, could be formed to supply “evidence-based” search procedures. Or better yet, companies could do their own searches. “In addition to obtaining better selections,” Armstrong notes, “they would save money on the search and on executive salaries.” 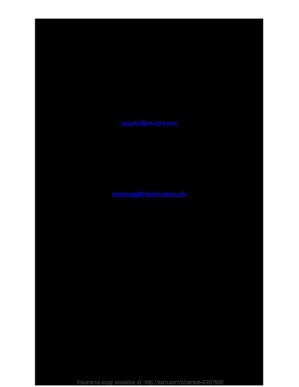