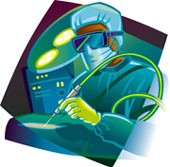 The new Payment Physician Sunshine Act – designed to regulate joint ventures between doctors and medical device makers – will not be implemented until January 1, 2013, but that doesn’t stop Wharton health care management professor Lawton R. Burns from worrying that innovative medical solutions may be one of the casualties.

The Act, proposed by the Centers for Medicare & Medicaid Services (CMS) as part of the Affordable Care Act of 2010, requires “device and drug manufacturers to collect and report detailed data about all transfers of value between the companies and physicians as well as those physicians’ immediate family members,” according to an article in the LDI Health Economist, a publication of the Leonard Davis Institute of Health Economics at the University of Pennsylvania.

Rather than forbid payments to physicians by these companies, the act is intended instead to bring transparency to any transaction between the two parties in order to alleviate concerns over possible conflicts of interest – for example, physicians giving more priority to their financial interests in a particular medical device company than to what is the best treatment option for their patients.

According to the LDI Health Economist article, Burns expressed concerns about the act during a presentation at the recent “Innovations in Healthcare” seminar organized by LDI. “Two things are required for innovation and change,” Burns told the seminar. “One is time, and the other is money. Government scrutiny of these conflicts of interest threatens to choke off some of the money.”

Physicians, Burns said, “are central to the medical device process. Surgeons, in particular, are incredibly important in identifying the unmet clinical needs.” He noted that fewer than 15% of surgeons have “an economic relationship with a manufacturer,” and he blamed such recent developments as the Justice Department’s conflict-of-interest investigations for making physicians feel “’tainted’ for engaging in virtually any interaction with device makers,” according to the article.

But now, said Burns, that link between manufacturer and surgeon is weakening. Indeed, because of increased government oversight, accountable care and bundled payment systems, the stronger relationship is the one between the surgeon and the hospital. “The question is, what does that mean for innovation?” Burns asked. To see the full LDI Health Economist article, click here.

Meanwhile, a group of seven doctors and one nurse – all members of the U.S. House of Representatives — recently sent a letter to the CMS expressing concern that the proposed regulations “could cause a number of unintended consequences” that, if left unaddressed, will “negatively impact patient care and the practice of medicine,”  according to the Policy and Medicine website. The congressmen and congresswoman highlighted several specific concerns: the “overwhelming administrative burden for companies and providers” to comply with the Sunshine Act; the failure to exempt accredited Continuing Medical Education (CME) events and non-CME speaking engagements from the proposed rule, and the adverse impact on medical research in the U.S. that the rule will cause.

Burns is the editor of a book titled, The Business of Health Innovation, published in 2005, with a second edition due out in August. According to a description on Amazon, the book analyzes business trends in the manufacturing segment of the health care industry and offers an overview of those sectors fueling improvements in health care: pharmaceuticals, biotechnology, platform technology, medical devices and information technology. For each sector, the book “examines the basis and trends in scientific innovation, the business and revenue models pursued to commercialize that innovation, the regulatory constraints within which each sector must operate and the growing issues posed by more activist payers and consumers.”