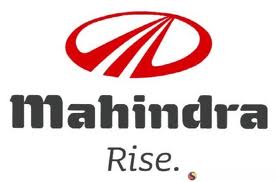 Tech Mahindra, the information technology subsidiary of the Mahindra Group, will acquire the conglomerate’s other tech arm, Mahindra Satyam, in a deal that will create India’s fifth largest IT company.

Although observers had long expected the merger, which goes into effect April 1, the details were formally announced today in a press conference in Mumbai. The Mahindra group had earlier successfully bid and won Satyam Computers, which was up for grabs after the exposure of a long-running scam perpetrated by former chairman and founder B. Ramalinga Raju.

The merger creates India’s fifth largest IT firm with a turnover of ound $2.4 billion (Satyam on its own was fourth in the sector.) But in the aftermath of the scam Satyam lost business, clients and employees. “This merger will help propel the combined entity into the top tier of Indian software and services companies,” says Anand Mahindra, group vice-chairman and managing director. “It will help achieve the group’s key objective of being in a leadership role in each of our focus business areas.”

The Tech Mahindra-Mahindra Satyam merger could catalyze another round of consolidation in the industry. The recently rolled out Union Budget didn’t give the IT industry the incentives it expected. The IT sector, as a big foreign exchange earner, had in the past received tax holidays and other concessions from the government. One change that will happen sooner or later is the BT (formerly British Telecom) Group exit from Tech Mahindra. BT had joined hands with the Mahindras to set up Tech Mahindra; its main business was handling the back-end work for the U.K.-based company. The two partners started with around 40% of the equity each. The BT share fell to 23% last year. The merger will reduce it further to around 11%. Tech Mahindra has acquired a number of non-BT clients and the U.K. major has been looking for a buyer for its stake.

Meanwhile, engineering company Larsen & Toubro (L&T) is also likely to exit Mahindra Satyam. The company still has a 2% holding; it had picked up a stake when it had bid to take over the beleaguered Satyam. The Mahindras won that battle and L&T was left holding the equity, which it had no use for.

Larsen & Toubro, which has L&T Infotech in its stable, has not given up plans of inorganic growth. The top brass, led by chairman A.M. Naik, realizes that their infotech ambitions will go nowhere unless they achieve critical mass. The new target is thought to be Hexaware Technologies, an Atul Nishar-founded company. Though Nishar has denied that Hexaware is up for sale, he is known as a serial entrepreneur. He has been heading Hexaware for some time and observers say that he has begun looking for the next challenge. The L&T board met recently and approved efforts to acquire companies in the infotech domain. But it did not say anything specific about Hexaware.

The charge to consolidate is also being encouraged by a change in the rankings of Indian IT companies. Though TCS and Infosys are comfortably perched at the top, No. 3 Wipro was usurped by Cognizant in the last quarter of 2011. That lead could change, however. One way for Cognizant to maintain its ranking is by adding turnover through takeovers. Two years back, the firm acquired the UBS India Service Center for $75 million. More recently, it picked up the Indian operations of U.S.-based CoreLogic for $50 million. The company has made about 10 acquisitions since 2005.

The country’s large tech firms are keeping an eye out for opportunity. Tata Consultancy Services (TCS), the largest IT company in India, has earmarked $2 billion to fund its takeovers, though the firm prefers organic growth. Infosys has twice that amount. Wipro, too, has taken that route in the past; in 2007, it acquired Infocrossing Inc. of the U.S. for $600 million.