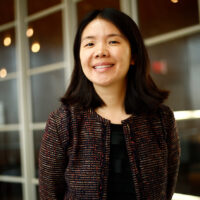 Migrant workers are employed by companies across the globe, and increasingly there has been debate over what rights these employees should have, and how much power employers should have over their career mobility.

A recent paper co-authored by Wharton business economics and public policy professor Shing-Yi Wang took a closer look at this issue through the lens of the migrant worker program in the United Arab Emirates. Wang and co-authors Suresh Naidu from Columbia and Yaw Nyarko from New York University Abu Dhabi studied the impacts of a reform in the UAE that made it easier for migrant workers to change employers. The paper is titled, “Monopsony Power in Migrant Labor Markets: Evidence from the United Arab Emirates.”

They found that once migrant workers were no longer tied to a particular firm, the companies began paying them more. Firms also had an easier time retaining individual employees, even though there was an overall increase in migrants moving to new companies. Although the overall situation improved for migrants who were currently in the UAE, the policy change also decreased demand for new migrant workers and lowered their earnings.

“This research highlights the trade-offs between how open to be towards new immigrants and how to treat them once they’re in the country,” Wang says.

In many countries, policies governing migrant labor markets restrict competition among employers by making an employee’s tenure in the country contingent on remaining with a particular company, or by making it difficult for the employee to change jobs. Wang notes that countries that take in more migrants, such as the UAE, tend to have more restrictions on employee mobility.

“This research highlights the trade-offs between how open to be towards new immigrants and how to treat them once they’re in the country.”

Migration to the UAE and other countries in the Gulf region has increased significantly in the past several decades. About 1.3 million migrants were living in the UAE in 1990, but that number had jumped to 7.8 million by 2013, according to the United Nations. The workers who migrate to the UAE hail from across the globe, but most come from South Asia. A 2011 study cited in the paper found that migrant workers made up 96% of the private workforce in the UAE.

As the number of migrants in the region has increased, so have concerns over how they are treated by employers. According to a Human Rights Watch report from 2013, migrants “frequently experience hazardous work conditions, long hours, unpaid wages and cramped, unsanitary housing.”

In the UAE, migrant workers were historically part of the kafala, or sponsorship system. They were tied to one firm for a multi-year contract. Once the contract expired, if the employee wanted to remain in the country, he or she could sign a new contract with the same company, or pursue other employment. But migrant workers could only sign on with a new employer if their previous firm signed off on the move. If workers had neither a new contract with their previous firm, nor permission from that firm to move on, they would have to return to their country of origin for at least six months.

In early 2011, the UAE government changed the policy and allowed migrant workers to take jobs with new employers once their contracts expired – without having to get approval from their previous employers. This created a “natural experiment” that allowed Wang and her co-authors to examine how the reform impacted labor market competitiveness for workers and employers during contract renegotiation time.

After the reform took effect, migrant workers already in the UAE reaped the benefits. Their earnings following a contract renegotiation increased by more than 10%. The rate of workers changing employers also more than doubled, and the number of migrants exiting the UAE decreased, as evidenced by a 6% drop in firm separations.

But the change in policy did not have the same positive impact for people interested in moving to the UAE to work. Firms hired fewer new workers after the reform, and they tended to reduce their initial salaries.

“Our results show that international mobility is not enough to allow workers to capture their full marginal productivity,” the researchers write. “Restrictions on mobility within the destination country play an important role in depressing wages, and suggest that the surplus from global migration may be reduced and asymmetrically distributed. In other words, improving competition and wages for relatively high-earning incumbent migrants may come at the expense of relatively low-earning potential migrants.”

Wang notes that the results weren’t driven by one particular group, but more highly educated workers saw less change in their wages as a result of the policy change.

Wang says the results may provide food for thought for other situations in which workers are asked to sign non-compete contracts, and for how other countries treat migrant workers. For example, the H-1B visa for skilled workers coming to the U.S. has come under fire because workers can be paid lower wages, which critics say causes firms to use it as a way to cut down on their overhead rather than the intended use of attracting top talent from overseas. But she notes that there are key differences in the U.S. approach to migrants. “There are some similarities in that some of the H classes of visas do tie workers to one employer. But the context is different because in the U.S., migrants are given a path to citizenship,” she says.