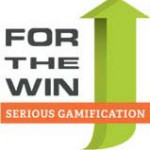 From our “you can’t make this stuff up” in-basket, we see that video gamers have solved a perplexing medical research challenge that has baffled top scientists for 10 years – and they did it in just 10 days.

As this piece from MSNBC notes, the gamers “solved a molecular puzzle that stumped scientists for years, and those scientists say the accomplishment could point the way to crowdsourced cures for AIDS and other diseases. ‘This is one small piece of the puzzle in being able to help with AIDS,’“ said Firas Khatib, a biochemist at the University of Washington. He is the lead author of a research paper on the project, published by Nature Structural & Molecular Biology.

The gamers that found the solution in 10 days hang out on a collaborative online game site called Foldit, an example of what MSNBC calls “a burgeoning field that enlists Internet users to look for alien planets, decipher ancient texts and do other scientific tasks that sheer computer power can’t accomplish as easily.”

And that’s a powerful combination, says Kevin Werbach, Wharton professor of legal studies and business ethics, who recently helped organized a conference on gamification. He notes that “Foldit is a fantastic example of how making a real-world challenge game-like can motivate active participation and innovative solutions.”

This may not have been the scruffiest team of gnarly gamers ever assembled — Werbach guesses that most Foldit players are involved, not necessarily because they are gamers, “but because the tool presents them with an engaging puzzle to solve.”

Participants, nevertheless, are in it for fun as well as the challenge. “We know from psychology that people are motivated to achieve goals they find intrinsically rewarding or fun,” Werbach points out. “There’s no inherent reason that folding proteins or succeeding in a business challenge can’t be fun in the same way as winning in a video game.”

Making the game work, though, is a challenge in itself. “It’s not easy to design those experiences successfully,” Werbach adds. “The field of gamification is at an embryonic stage, but it has great potential for business as well as social impact applications.”

It all makes even more sense when you think about the inherent limitations of both humans and computers. Seth Cooper, a University of Washington computer scientist who doubles as Foldit’s lead designer and developer, wrote in a news release: “People have spatial reasoning skills, something computers are not yet good at. Games provide a framework for bringing together the strengths of computers and humans.”

Meantime, Knowledge at Wharton recently published a three-part special report on these ideas — Gamification: Why Playing Games Could Be the Next Big Thing for Business — which includes coverage of a recent Wharton conference titled, “For the Win: Serious Gamification.” The report offers interviews with conference participants who discuss the use of gamification in business, government and other arenas.

The introduction of the report notes: “Gamification — the application of online game design techniques in non-game settings — has been quickly gaining the attention of leaders in business, education, policy and even terrorist communities. But gamification also has plenty of critics, and the debate over its future could become an epic battle in the same vein of many online game favorites.”