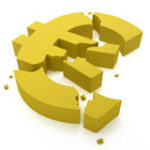 The serious threat to the world economy rearing up from the European Union’s inability to cauterize a looming financial crisis intensified Wednesday as the yields on Italian bonds again hit precarious highs.

Investor views of Italy’s ability to manage its sovereign debt have gone from concern to alarm in recent weeks, causing a demand for ever-higher yields on the country’s bonds. The higher yields have raised Italy’s debt obligations to a point where the country cannot service its debt unless it takes drastic measures to slash its budget deep into the bone.

Many analysts point out that with bond yields reaching 7% and higher, Italy would have to run a budget surplus of 5% of GDP or more to have any chance of reducing its total debt, which stands at 120% of GDP. Very few think the country could sustain such a huge hit to the economy — or the political fallout.

What’s needed, some analysts argue, is an overwhelming backstop – a final guarantor of euro-wide bonds for troubled countries like Italy. That would convince investors that there would be no defaults and would quickly reduce yields and thus funding costs. But the most effective potential agent for that role of lender of last resort — the European Central Bank (ECB) — does not have the support needed to act in that capacity, for a host of reasons that run from economic philosophies to political constraints.

The latest proof: German Chancellor Angela Merkel this week reinforced an earlier rejection of euro bond issues by the ECB. What’s more, her party – the Christian Democratic Union – has adopted a measure that would allow a euro zone member to leave the currency union without having to exit the European Union altogether. This would appear to build support for the idea of a “two-speed” Europe in which more economically competitive countries in the North might strengthen ties in a smaller euro zone that would — temporarily or permanently — exclude less competitive countries in the South, such as Greece, Italy, Spain and Portugal, which would remain members of a larger trade union. Whether or not this could be done in an orderly way or would lead to financial and economic disaster is subject to hot debate.

Last week Reuters reported that top officials in France, Germany and Belgium had been in discussion about the possibility of one or more countries exiting the euro zone “while the remaining core pushes on toward deeper economic integration, including on tax and fiscal policy.”

Wharton management professor Mauro Guillen notes that in many ways “the EU has always been two-speed — with 27 members, of which only 17 are in the euro zone. Now it seems the solution is to have fewer than 17 in the euro. It has become readily apparent that it is not working. The issue is how to shift from the present situation. The short-term pain might be great, but in the middle run, Greece, Portugal and others will recover. That is better that than a decade of stagnation.”

And from The Wall Street Journal, in its “Heard on the Street” column today: “Europe’s bond markets are in meltdown. What started as a manageable problem in Greece has reached the heart of Europe. As investors lose confidence, bonds may be starting to price in extreme outcomes such as a euro-zone break-up. The more they do so, the more likely these outcomes become, as higher yields increase financial stress. The crisis is feeding on itself.”

Find more coverage on the crisis in Europe and how it could affect the world economy in these recent Knowledge at Wharton articles.