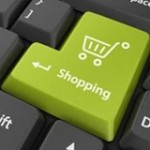 Last week, as part of a slew of reforms passed in an effort to reboot the economy, the Indian government announced that foreign direct investment (FDI) in multi-brand retail would be permitted up to 51%. The fine print, however, added that this measure only applies to brick-and-mortar retail. As far as e-commerce is concerned, no FDI will be allowed both in multi-brand as well as single-brand retail. (In November 2011, the government increased FDI in single-brand traditional retail from 51% to 100%.)

Thus far, the FDI norms for e-commerce have been the same as those that govern brick-and-mortar operations. Earlier this year, Amazon, the world’s largest online retailer, entered the India market through Junglee.com, a comparison site it bought more than a decade ago. Since then, the company has received government approvals for setting up large warehouses across the country and has also set up a logistics arm — clear indications that it was gearing up for a full-fledged entry once FDI in multi-brand retail was permitted. Amazon will now have to put these plans on hold.

Behind the government’s move lies political compulsion. With many states opposing FDI in multi-brand retail, the government has said that the individual state governments can choose whether or not they want to permit it in their respective areas. Since geographical boundaries cannot be set in e-commerce, the government could not permit FDI in this space. “With FDI in multi-brand retail being left to the states, permitting it in e-commerce would have led to a lot of complications,” notes Pragya Singh, associate director of retail and consumer products at research and consultancy firm Technopak Advisors.

According to an August 2012 report by Technopak, the e-commerce market in India — which includes all financial transactions conducted on the Internet — is estimated to be US$10 billion for 2012. The report says that this is expected to grow at a compound annual growth rate of around 45% to reach US$200 billion by 2020. Currently the travel segment accounts for around 80% of all online transactions in the country. This skew is expected to decrease in the coming years, with non-travel segments, such as digital downloads or paid content subscriptions, financial services and e-tailing expected to register high growth.

Technopak’s study estimates the e-tail market in India to be at around US$600 million in 2012 and projected to grow to US$65 billion by 2020. The report suggests that while “E-tailing is still a very small part (0.1%) of overall retail in India, it is projected to grow at a rapid pace to reach 7%-to-8% of the total Indian retail market by 2020.”

According to Technopak’s Singh, these projections were made with expectations of FDI coming in. Foreign firms were expected to bring in not just the investments, but also their experience, expertise and international relationships to India. New numbers will now need to be worked out. “If FDI had been permitted in e-tail, one would have seen a bout of consolidation and strategic sellouts in the e-tailing space,” Singh says. “In the current situation, it is status quo. The domestic players will get more time to work on getting their operations and their operating models right.”

Akhilesh Tuteja, a partner at KPMG India, notes that it was expected that the focus of bringing FDI in retail would be more in brick-and-mortar and not in the online space. “So in a sense, the decision to not permit FDI in the e-commerce space is not completely unexpected. If it had been permitted, it would have been a very positive move, but I don’t see [the current decision] having an adverse impact on the sector. Things will continue as usual.”

Like Singh, Tuteja also points out that restricting FDI in e-tail has, in fact, given Indian players a chance to stabilize and grow their operations without worrying about competition from the global players. “It will also enable more innovative models to emerge from here,” he adds.