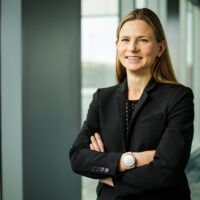 The higher the education levels of a U.S. household, the healthier the foods its members buy. Education levels — as opposed to income levels or access to supermarkets — determine food preferences, and therein lies useful pointers for policy makers, says Wharton real estate professor Jessie Handbury. A recent research paper by Handbury and her co-authors breaks new ground in its data scale and in studying a larger set of drivers than earlier studies. The research covered grocery purchases made by over 100,000 households in 52 U.S. markets between 2006 and 2011. The chief takeaways are to explore ways of persuading households that are lower on the socioeconomic scale to consider buying healthier foods, she adds.

The research paper is titled “What Drives Nutritional Disparities? Retail Access and Food Purchases Across the Socioeconomic Spectrum,” and was published in April by the National Bureau of Economic Research. Handbury’s co-authors are Ilya Rahkovsky, an economist at the Economic Research Service of the U.S. Department of Agriculture and Molly Schnell, a doctoral student at Princeton University.

Handbury recently discussed the import of her research with Knowledge at Wharton. An edited transcript of the conversation appears below.

In this project, we’ve been looking at the extent to which different households across the U.S. buy different food products, particularly focusing on how healthy they are. What we’re interested in here is how different or how more or less healthy are the food products that high-income, more educated households are buying relative to low-income, less educated households. The goal of this research is to not only document those disparities, but to try to think about the role that access to food stores plays in generating those disparities.

We’ve seen a number of government policies and government funding going towards subsidizing the entry of supermarkets into underserved areas. These areas are commonly known as “food deserts.” Our goal is to think about the extent to which eradicating food deserts have a positive impact on improving the healthfulness of the products that low-income and low-education households are buying. It is also to think about closing the gap between high-income, high-education households and low-income, low-educated households in terms of how healthy the food products they’re eating are.

“Households with different socioeconomic characteristics in the same location … presumably have access to the same retail environment.”

The first takeaway is simple. We see large disparities in terms of what households at the higher end and the lower end of the socioeconomic spectrum are buying.

We use data on what individual households are purchasing, and merge that with data on how healthy these products are. This enables us to calculate an index that shows how healthy are the food products being purchased over a month by a household. We see big differences in these healthfulness indexes between high and low socioeconomic status households.

We see that households with higher income or education are actually purchasing food products that are about 40% closer to the USDA recommendations on different food categories, compared to households that are lower in education or income.

We find that differences in access to food products play a very small role. Households with different socioeconomic characteristics in the same location … presumably have access to the same retail environment.

When we look at the disparities between households living in the same location that presumably have access to the same retail environment, we see that most of the disparities actually persist. They’re almost as large as the disparities we saw in purchases by households that live in different locations. What this suggests is that access isn’t playing a large role in generating these disparities in the first place.

“Households with higher income or education are actually purchasing food products that are about 40% closer to the USDA recommendations … compared to households that are lower in education or income.”

The Role of Education:

Perhaps the most surprising finding of our research is that the differences in food purchases along the education dimension are much larger than those along the income dimension.

One reason we embarked on this research agenda was the fact that we’re observing state, local, as well as the federal government embarking on policies to subsidize the entry of food stores into different neighborhoods. To the extent these policies are aimed at reducing disparities in what households are consuming by reducing the disparities in what households have access to, our results suggest that the policies won’t necessarily be so effective if they’re only just targeting entry of food stores.

There are other policies that need to be paired with the grocery store entry, such as perhaps subsidizing the prices of healthful food products, or displaying them more prominently in stores to encourage households that perhaps don’t have a taste to buy those products to try them out and to become more aware of them.

Research to date on differences in access and the role that improving access might play in improving the healthfulness of food products that households buy has been on a much smaller scale than our study. For example, when a supermarket enters a neighborhood of New York, researchers would survey households shopping in that neighborhood before and after the supermarket’s entry and compare their food purchases.

This paper and our results have left open the question of what actually does drive most of the disparities in terms of what households are buying. If we have households shopping in the exact same store, buying very different food products, and we see systematic differences between households with high and low socioeconomic status in what they’re buying, in spite of them having access to the same food products and the same prices, the question then is: Why are they buying different products?

If it’s differences in affordability, you might want to think about taxing unhealthy foods or subsidizing healthy foods. Whereas, if it’s differences in tastes, then perhaps some of these policies such as improving the access within stores of healthful food products, displaying them more prominently, or education campaigns to perhaps try to shift social norms among lower socioeconomic households towards buying healthier foods.