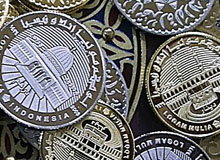 Intent on maintaining a secular financial system, regimes in Egypt, Tunisia and Libya were not supporters of Islamic finance, notes Tariq Hameed, a Dubai-based managing associate with the firm, and author of the report, “Blue Print for Islamic Finance following the Arab Spring.” But in elections that have seen Islamist parties come to power, such as the Muslim Brotherhood in Egypt, Shariah-compliant banking has been endorsed as part of a larger social and financial reform campaign. “All of the [Islamist] parties have gone on record saying they support Islamic finance,” Hameed says. “It reflects their beliefs.”

Hameed notes that at the consumer product level, there is huge potential for growth. Partly because many people in these countries do not have bank accounts — approximately 25% of Moroccans and 33% of Tunisians have bank accounts, and only 10% of Egyptians, according to his findings. “There was a lack of offerings,” he says. “Many didn’t engage with the conventional banking system.”

While expected customer growth would be in volume, Hameed notes that the majority of such accounts would likely be low-income savers. Compared to Arab Gulf countries, GDP per capita among the Arab Spring countries is low: Libya is the wealthiest, but GDP per capita is estimated at just $14,000. In addition to creating savings products, one opportunity could come from the further development in Islamic microfinance offerings, Hameed states. Currently there is very little being offered to grassroots Muslim entrepreneurs, he says, but institutions will have to respond to demand from rural communities and micro-enterprises. The state can act as sponsor of such an initiative, he suggests.

Separately, Islamic finance may become an option for these governments as they seek foreign investment. According to Reuters, a number of Islamic financial institutions are opening branches in Libya, for instance, as it explores the industry. Successful Islamic financing of infrastructure projects already exist in Bahrain, Saudi Arabia and Bangladesh, Hameed says, so there are models states can study for implementation.

There remain challenges for the Islamic finance industry before they can reap the potential of these markets, Hameed adds. There are several issues that need to be addressed to ensure growth, his report notes, including the strengthening of consumer protection laws, clarifying governance, and establishing central Shariah boards for finance.

For Western financial firms and businesses seeking to be in the region, they will have to have a capability to engage in Islamic finance, Hameed notes. “If the customer wants Islamic finance, competitors will provide it if they don’t,” he says.