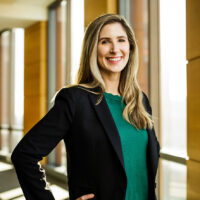 Wharton’s Sasha Indarte speaks with Wharton Business Daily on SiriusXM about her research looking at bias in bankruptcy.

The wealth gap between Black and white populations is widening in the U.S., and a new study from Wharton shows how racism plays a key role in keeping minorities from reaching financial equality.

Wharton finance professor Sasha Indarte is part of a team of researchers looking at bias in bankruptcy, which is a significant source of debt relief for Americans. In their study, Indarte and her co-authors found that Black bankruptcy filers are far more likely than whites to have Chapter 7 and Chapter 13 cases dismissed by the court.

“When a case is dismissed, this means someone goes through all the hassle of trying to file for bankruptcy, but they don’t actually get the debt relief by the end of the process,” Indarte said during an interview with Wharton Business Daily on SiriusXM. (Listen to the podcast above.) “When we see that Black filers are much more likely to get their cases dismissed, that means they’re getting access to debt relief at a much lower rate.”

The findings matter because they indicate how bias informs decision-making in bankruptcy proceedings, and they add to the scant body of research on the topic. A previous study examined how attorneys appear to be steering more Black filers toward Chapter 13, which is a costlier form of bankruptcy than Chapter 7 and already has higher baseline dismissal rates.

Indarte’s study, which analyzed bankruptcy cases in Minnesota and Florida, found the following:

“When we see that Black filers are much more likely to get their cases dismissed, that means they’re getting access to debt relief at a much lower rate.”  –Sasha Indarte

The race of the bankruptcy trustee also factors into the equation for Black filers, according to the study. A trustee is an administrator appointed to oversee a debtor’s estate during the proceeding. After controlling for a host of different characteristics, the researchers found no difference in the dismissal rates for Black Chapter 13 filers assigned to a non-white trustee. But when Black Chapter 13 filers are randomly assigned to a white trustee, they have a 20% jump in their likelihood of dismissal.

Indarte said this indicates homophily, a sociological term that means “love of sameness.” People tend to gravitate toward others who share the same background, social networks, and group affiliations as they do.

“We can’t say if this is, for example, racial animus versus a more subtle form of implicit bias. But what this is suggesting is that if you take a person and the only thing that you change about them is their race, on average they would see a different outcome in the bankruptcy process.”

With median household wealth for whites 10 times higher than for Blacks, and one in 10 Americans filing for bankruptcy, the research is an important step in trying to find ways to close the wealth gap. Indarte said the team wants to scale up their sample size and examine additional outcomes. For example, when Chapter 13 filers have trouble making required payments, the court may grant the filer a hardship discharge. This discharge grants the filer debt relief, but if a lack of payments is instead seen as stemming from an unwillingness rather than an inability to make payments, a filer may instead have their case dismissed with no debt relief.

“We think we might also see disparities and potentially evidence of bias there, as well,” she said.