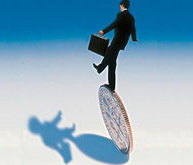 When China joined the World Trade Organization (WTO) a decade ago, foreign insurance companies were full of hope. A liberalizing economy, along with the country's large population and low level of insurance coverage, offered hugely enticing growth potential. But despite their early optimism, foreign life insurers have struggled in China. Their combined market share peaked at 9% in 2005, and has been dropping steadily since, to around what it was before China's WTO membership, hitting 3.7% in the first nine months of last year.

Given their lackluster progress, these companies are now rethinking their ambitious plans for China. “Everybody is evaluating what their next move should be, whether it is just a question of being patient or whether they should make a more radical change in direction,” says Chris Kaye, a partner and insurance specialist at Boston Consulting Group (BCG) in Hong Kong. For foreign companies, “the key question is whether to go broader with a local distribution partner — and sacrifice control — or create a more focused and differentiated strategy.”

With good reason, international insurers still find China worth the challenge. Over the past decade, China has led the world in insurance premium growth, with a compound annual growth rate of 26.5%. In 2010, the value of total premiums increased 32% year on year, to RMB 1.45 trillion (US$214.6 billion), making it the sixth-largest insurance market in the world. According to reinsurance company Swiss Re, China will become the second-largest life and non-life insurance market by 2021, behind the U.S.

A Foot in the Door

Large life insurance firms have long known how difficult cracking China would be. Just ask U.S. life insurer American International Assurance (AIA), a subsidiary of AIG), which started using door-to-door agents to sell policies to individuals in Shanghai in 1993. It was a novel sales strategy at the time and helped AIA win a 20% market share in Shanghai within a couple of years. But then the going got tougher as local insurance companies pushed back, copying the agent system and poaching AIA sales staff.

It wasn't an isolated case. Across the country, new local insurers began to emerge in 2005, catching many foreign life insurance companies by surprise. “Foreign players did not think the newcomers would become their competitors,” recalls Shu-Yen Liu, partner and Asia insurance and actuarial practice leader at PricewaterhouseCoopers (PwC) in Beijing.

Life or non-life, what's arguably toughest for foreign insurers to come to terms with in China isn't their low market share. Rather is their struggle for profits. In a report published late November last year, Sally Yim, senior credit officer at Moody’s Investors Service in Hong Kong, wrote that only 11 of the 46foreign insurance companies in China managed to eke out a profit in 2010, but hardly large enough to make much of an impact on the bottom lines of their global parent companies.

Back to the Drawing Board

Where do they go from here? “Foreign insurance companies may exit or reduce their shareholdings in China," observes Lillian Zhu, a senior insurance and pension analyst at Z-Ben Advisors in Shanghai. "They will find themselves in a dilemma because most of them are not making a profit.”

A exodus, albeit a slow one, has indeed begun. In 2010, New York Life left China, while AXA and Canadian Sun Life cut their stakes in local joint ventures. Standard Life of the U.K. has tried to sell its 50% stake to partner Bank of China, but announced in late 2010 that the two sides failed to reach an agreement. “There will be more moves by foreign life insurers in coming years to exit or reduce their stakes in their China joint ventures,” predicts Nobuya Amabe, director of Japan’s biggest life insurer, Nippon Life Insurance, and president of Nissay Great Wall Life Insurance, a 50:50 joint venture with China’s Great Wall Asset Management.

In the meantime, domestic competition is intensifying. According to Zhu of Z-Ben Advisors, at least 10 new domestic life insurance companies are getting ready to open for business, most of them funded by local governments or government-related companies. “They will be very competitive in their local regions,” she asserts. That's a big reason why she expects the market share of foreign life insurers to fall to 2% or 3% in the next five to 10 years just under 4% currently.

Foreign companies in other service sectors would do well to take note, particularly if they're in businesses such as banking that are betting on their global know-how to win customers in China. Unlike in manufacturing and high-tech sectors, leveraging such expertise no longer gives foreign firms in sectors like insurance much of a competitive advantage over local rivals. “One of the biggest obstacles [for foreign insurers] is the rapid development of the capabilities and infrastructure for local players,” observes Kaye of BCG.

That's a big change from just 10 years ago when the gap in service levels and product offerings between local and multinationals insurers was significant. Since then, domestic companies like Ping An, China Pacific and PICC have transformed themselves. “They have brought international expertise into their management teams and invested heavily in their operating infrastructures and national footprint,” Kaye says, by increasing the number of branch offices, improving IT systems and back-office processes and ramping up staff training.

Meanwhile, foreign insurers often take aim at China's onerous regulatory environment — a perennial complaint in trade talks between China and other countries. Up until 2005, foreign insurers had been limited to operating in only two cities — Shanghai and Guangzhou. Although that restriction has been lifted, there's still plenty of red tape to contend with, such as the time-consuming license-application process, which foreign insurers must undergo for every branch they want to open. “We applied for two branch licenses at the same time, but we were told that the [regulators] would examine the second one only after they had approved the first one. So there is no point of applying for two at the same time,” says a senior executive of a major foreign life insurance company, who asked not to be named.

Kaye says regulators allow one new branch per year for foreign life and non-life companies, with a waiting period of up to two years for processing. In contrast, local insurers can expand as rapidly as they like. Citi-Prudential Life, a joint venture between the U.K.'s Prudential and Chinese conglomerate CITIC Group has 12 branches, the most among foreign-local life insurance joint ventures in the country. Compare that with China Life, which has more than 5,000 branches and 50,000 sales outlets nationwide.

That has put the brakes on a number of growth strategies. As Yim of Moody’s in her November report noted, “The pace of expansion [has been] highly constrained by the speed at which regulators grant licenses for opening branches.”

Another potential reason for a loss of momentum is the joint-venture requirement for foreign life insurers to agree to with domestic firms, for no more than a 50% stake in each. (Nonlife insurers can set up wholly owned ventures.) Kaye says he often sees a "natural tension" between partners not least because "a lot of local joint venture partners are not even in financial services, let alone insurance. There is a lack of understanding about the financial and economic profile of what it takes to build up a life insurance business.”

As a case in point, Brian Metcalfe, a professor at Canada’s Brock University, who conducts annual surveys of foreign insurance companies in China for PwC, cites the joint venture set up in 2002 between cautious NY Life and fast-growing appliance maker Haier. “You got a mismatch in terms of what the thinking for either of the companies would be," he said. "One is thinking that things just go upward and grow very rapidly and] makes a lot of money. The other thinks, ‘We are an insurance company and it is a long-term story.'” In 2011, New York Life sold half of its 50% stake in the China venture to Haier and the other half to Japanese insurer Meiji Yasuda Life.

Given the bureaucratic realities, “foreign insurers do not have the scale to compete with domestic insurers," maintained Yim. "Without scale, you do not get brand recognition. It is more difficult for [foreign firms] to make money and get higher market share.”

That's particularly worrisome for new life insurance ventures that take off rapidly, says Kaye. “The more successful you are, the more capital you need in the insurance business. This can be hard for non-insurance partners to appreciate.” In the early days of high growth, the costs of customer acquisition require large capital injections to support negative cash flows. "As the business matures, older policies generate enough cash to cover those expenses. The problem is especially acute in China, where growth has been particularly rapid," he adds.

Distribution channels have also become an important consideration. In late 2010, the China Banking Regulatory Commission (CBRC) put restrictions on how and where insurers sell their products. First, it capped the number of insurers that a bank can allow to sell from their premises to three, a big blow consider that about half of all insurance sales in the country take place at banks.

With numbers restricted, banks are unlikely to choose foreign insurers to be among the three because they tend to have relatively weaker brand recognition, wrote Yim. According to her, banks in China "prefer large domestic players with a long history and strong brand recognition.” While some foreign life insurers have joint venture with banks, they generally have to pay high commissions and fees to banks to be chosen to sell their products.

It's a vicious circle. “We will lose more money if we sell our products at the banks. But we face a shortage of sales agents in China,” laments the foreign life insurance executive. China has about 2.5 million sales agents serving the current 200 million insured.

Indeed, just like other foreign companies, recruiting and retaining sales agents is a chief complaint of foreign insurers. “Insurance is a talent business, and the ability to attract and recruit and train and retain the right talent is getting much harder for multinationals because their attractiveness relative to local businesses is declining,” says Kaye. The relatively low salaries sales agents earn at both foreign and local insurance companies — at around RMB 2,000 a month on average — is less than what they could be earning in other sectors. domestic workers are paid[JK1] .

Yet China is so alluring. About 160 foreign insurance companies have set up representative offices in China, a preliminary requirement for obtaining an operating license. Prudential Financial of the U.S. announced in September a life insurance joint venture with Shanghai-based Fosun Group, the largest privately owned investment group inmainland China, making it the first new foreign life joint venture since 2008. Asked why it is jumping into the fray when others are returning home, the company cited China’s rapid growth and low insurance coverage. “We are very confident about the future prospects of China's life insurance industry, and we are confident that we have found the right partner,” statedLaura Kavanagh, Prudential Financial’s vice president of global communications.

Mainland China’s insurance penetration, calculated by premiums as a percentage of GDP, is 3.8%, compared with 8% in the U.S., 11.4% in Hong Kong and 18.4% in Taiwan. With potentially 1.1 billion people buying insurance in China in 10 years, “the size of pie and the increase of the pie are so big. It may give you small percentage (of market share) but in terms of absolute dollars it is much bigger,” says Liu of PwC.

As with other parts of the financial sector, Beijing wants to ensure its domestic companies are well established. But Kaye of BCG expects at least some loosening of restrictions on branch openings, and a possible easing of the ban on foreign sales of auto insurance. One thing is clear: The market opening in China will continue to be slow. “The Chinese government is under no pressure to open up the insurance market rapidly and completely," he states. "It will be a slow and gradual evolution.”