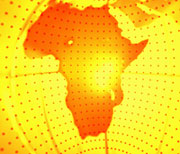 Some call it CIVETS; others call it BRICS. But whatever the grouping of emerging market darlings in which South Africa now falls, one thing is clear: As the biggest economy of sub-Saharan Africa (SSA), it is a country capable of catapulting the growth of the entire region.

But is South Africa at risk of losing ground in SSA’s “economic renaissance” to China and the other growth-hungry BRIC markets of Brazil, Russia and India? That question was posed in a recent analyst note from Deutsche Bank. While South Africa is “in many ways predestined” to be the main trade, investment and political partner for its fellow SSA countries, write the Deutsche Bank analysts, it could easily be lulled into complacency while the other BRICs — and perhaps even the other CIVETS markets of Cambodia, Indonesia, Vietnam, Egypt and Turkey — gain a greater toehold in the region.

In any case, it’s easy to see why investors — from South Africa and beyond — are drawn to SSA. According to a World Bank analysis published in June, the economies of SSA (excluding South Africa) rebounded briskly following the downturn of 2008-2009, delivering one of the fastest growth rates among developing regions in 2010 at 6%. More growth is likely, with the World Bank forecasting 5.9% and 6.6% growth in SSA (excluding South Africa) in 2011 and 2012, respectively, the latest turmoil in the U.S. and Europe notwithstanding. And it’s not just the region’s oil exporters — such as Angola, Congo and Gabon — that are booming. Growing global demand and rising prices for other commodities are fueling the economies of Zambia (which is a big exporter of copper), Liberia (rubber), and Burkina Faso, Benin and Mali (cotton).

But as the World Bank notes, “There is more to the [SSA] growth story than the developments in commodity prices.” While SSA’s natural resources and energy are the biggest destinations for sub-Saharan foreign direct investment (FDI) by value, they are outflanked in terms of the number of new FDI projects. Investors are tapping into a range of sectors, enticed by the improving regulatory regimes of some countries, promising economic growth rates, fast-growing populations and a rising middle class, according to the World Bank. Among the promising sectors are telecoms, retail and retail banking — areas that play to South Africa’s strengths.

In terms of telecoms, MTN, the giant South African telecom firm, announced plans recently to invest $1 billion in Nigeria (SSA’s biggest mobile phone market) and $150 million in Zambia, amid a buoyant SSA market overall, where an estimated 40 million new mobile cellular subscriptions were added last year. Standard Bank, one of the country’s top four banks, increased its non­domestic Africa activities from 6% in 2000 to 9% in 2009, and today is present in 16 other African countries with nearly 1,200 branches across the continent. In retailing, Shoprite Holdings, owner of South Africa’s biggest supermarket, began expanding northward 15 years ago and now has more than 200 stores in 15 other African countries, including Nigeria — Africa’s second-largest economy, with a population of 155 million, three times more than South Africa.

Though small relative to the other BRIC powerhouses with an economy of around $350 billion, South Africa can use its regional reach as a big advantage over rival SSA investors, according to Wharton management professor Witold Henisz. In a Knowledge at Wharton article published earlier this year, Henisz noted that like Turkey and Indonesia in their respective regions, South Africa offers investors opportunities for growth beyond its borders and for “reverse learning” about regional business approaches (as opposed to the traditional models honed in Western markets).

What’s more, South Africa itself stands to benefit from the region’s growing attractiveness to foreign investors, including those from the BRIC markets. For example, China’s Ganzhou Qiandong Rare Earth Group entered into a joint venture in July to build a rare earth processing plant in South Africa’s Western Cape province with Great Western Minerals Group of Canada, which had bought out its South African partner a few months earlier. At the time of the deal’s announcement, Great Western’s CEO Jim Engdahl told Reuters that by working with Ganzhou Qiandong, the firm will have access to “the most advanced technology in the rare earth world.”

But the growth opportunities north of its borders is what may give South Africa’s investor community the greatest cause for optimism these days. Aside from the huge uncertainty stemming from the recent global economic turmoil, there are plenty of home-grown headaches, including seemingly endless wage disputes. As in previous years, the wave of strikes rolling across the country in recent weeks seems to have spared no sector, as local unions demand inflation-busting pay increases “that threaten to deter investment and worsen the staggeringly high 25% unemployment rate,” as Bloomberg reported on July 25. According to the news agency, workers won average pay raises of 5.2 percentage points over the inflation rate last year, and 3.2% in 2009 — more than in a host of other countries, including BRIC member Brazil.

Tomorrow, Knowledge at Wharton will publish an interview with Ebrahim Rasool, the South African ambassador to the U.S., about South Africa’s role in the continent’s economic renaissance.

Entrepreneurship and Firm Formation Across Countries