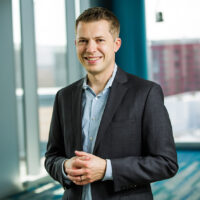 Wharton’s Mirko Heinle talks with Wharton Business Daily on SiriusXM about why firms are engaging in "greenhushing."

First, there was greenwashing — a term referring to deceptive marketing campaigns and other performative gestures by companies to make consumers and investors believe that they are environmentally responsible.

Now, there is greenhushing. And it’s also a problem.

Firms engage in greenhushing when they are actively working to reduce their carbon footprint, produce less waste, manufacture less plastic, and build greater sustainability, but they don’t tell anyone about their efforts.

It seems like a contradiction for companies to be “doing good while doing well” and not blasting the news across every corner of the internet. But in today’s highly charged political and social climate, firms have a valid reason for keeping quiet, explains Wharton accounting professor Mirko Heinle.

If a company specifically states its ESG goals and reports its progress in hitting those targets, it could face pushback from stakeholders who find the plans aren’t ambitious enough, he said. On the other hand, it could also face backlash from investors and politicians who believe ESG efforts undermine profits or run counter to prevailing values. For example, oil-rich Texas recently banned its municipalities from doing business with banks that have ESG policies against fossil fuels and firearms.

“We can see how firms are maybe caught in the trap between appearing not green enough or too green at the same time. It’s just a matter of who you want to make angry a little bit,” Heinle said during an interview with Wharton Business Daily on SiriusXM.

“We can see how firms are maybe caught in the trap between appearing not green enough or too green at the same time.”— Mirko Heinle

He cited an October report by South Pole, a global carbon finance consultancy, that found one in four companies are “going green, then going dark” by not disclosing their sustainability work. “Doing so makes corporate climate targets harder to scrutinize and limits knowledge-sharing on decarbonization, potentially leading to less ambitious targets being set, and missed opportunities for industries to collaborate,” the report stated.

Heinle said that sentence makes clear the dilemma faced by firms, despite their fiduciary responsibility to be transparent to shareholders.

“It’s hard when you need to make a trade-off between financial performance and, for example, greenhouse gas emissions,” the professor said. “I can see how it’s hard to tell the world what exactly you’re doing, to know that you cannot satisfy both sides. You cannot maximize cash flows and at the same time minimize greenhouse gas emissions in a short time frame.”

One of the biggest challenges for firms seeking to improve their environmental, social, and corporate governance is a lack of standards across those dimensions. Globally, there is no single method of data collection or measurement, which often leads to confusion — and greater incentive not to share information.

“I think standardization could go a long way in helping here,” Heinle said. “What companies fear, in part, is standing out from the crowd. You’re the one who is reporting something, then you’re the one who is being scrutinized. When you and all of your competitors have to disclose the same thing, it’s likely that it’s not that different from each other. It’s harder to stand out in both a positive and a negative way.”

The Securities and Exchange Commission has proposed rules to standardize ESG disclosures. Heinle said some of those rules encourage greenwashing, while others discourage it. For example, the proposal requires registrants to disclose carbon emissions up and down the value chain, which is known as Scope 3. But Heinle said that if a firm isn’t trying to reduce its Scope 3 emissions or hasn’t set targets for doing so, then they don’t have to disclose anything.

“Even in the standardization process that we are having right now, we see the potential for greenhushing,” he said.

Heinle said a “natural equilibrium” will be reached, where some firms are making full disclosures while others do not. Some may even choose not to go public just so they can keep their ESG information private. Both greenwashing and greenhushing will continue, “and we should make the best of it,” he said.

Yet the professor isn’t pessimistic about the future. Heinle, who teaches a course on Climate and the Financial Markets, said he believes that everyone — including firms — bears responsibility for blunting the disastrous effects of climate change.