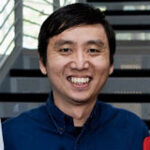 Chade-Meng Tan (widely known as Meng) was among the earliest engineers to be hired at Google. He and his team worked on ways to improve the quality of the site’s search results and also played a key role in the launch of mobile search. When Google allowed engineers to spend 20% of their time pursuing their passion, Meng decided to spend his time on a cause dear to his heart: Launching a conspiracy to bring about world peace. The conspirators could well be called the “compassionati.”

Meng believes that world peace can be achieved — but only if people cultivate the conditions for inner peace within themselves. Inner peace, in turn, comes from nurturing emotional intelligence through the practice of mindfulness and meditation. Working with Zen masters, meditation teachers, psychologists and even a CEO, Meng created a seven-week personal growth program named — what else — Search Inside Yourself (SIY). Launched in 2007, Google has had more than 1,000 employees go through SIY with startling results. Participants rate the program at 4.7 on a five-point scale. Anecdotal feedback, among other comments, from many participants is that this program “changed my life.”

Meng then decided to open-source the SIY program by making its principles and components available to companies everywhere. He has written a book titled, Search Inside Yourself: The Unexpected Path to Achieving Success, Happiness (and World Peace), which is being published this month. Meng spoke with Knowledge at Wharton about the SIY program, why emotional intelligence matters, and other lessons he has learned during the past five years as Google’s Jolly Good Fellow (which, seriously, is his job title).

Listen to a podcast of the first part of the interview here. (A transcript is available as well.)