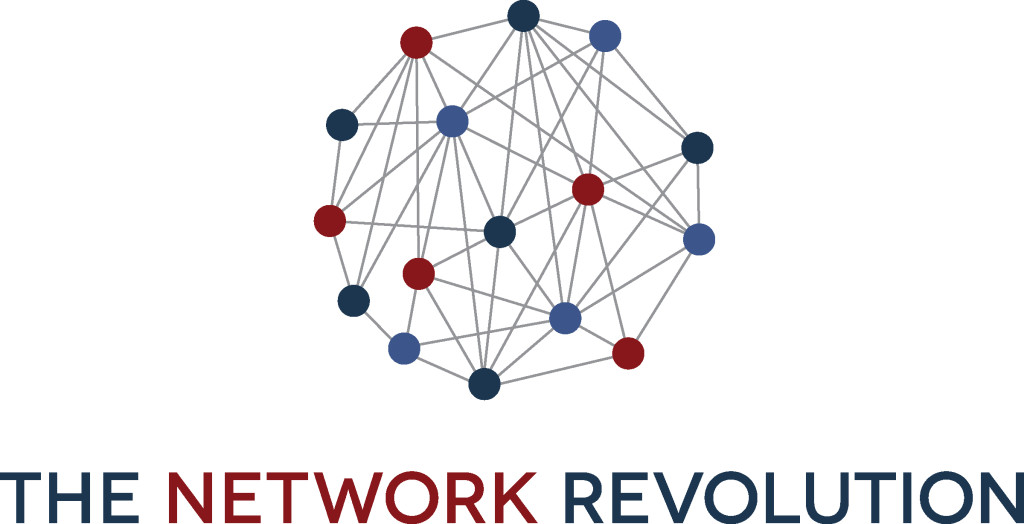 In the fifth article of a series that will be published over the coming year, authors Barry Libert, Megan Beck and Jerry (Yoram) Wind explore the need for traditional retailers to change their mental and business models if they want to survive and thrive against digital disruptors. Libert is the CEO of OpenMatters, a firm specializing in business model science, and Beck is the chief insights officer. Wind is a Wharton marketing professor and director of Wharton’s SEI Center for Advanced Studies in Management. They also wrote a book called The Network Imperative: How to Survive and Grow in the Age of Digital Business Models. The authors would like to thank LiquidHub for sponsoring the research that informs this series.

In a February 2016 letter to shareholders, Sears Chairman Edward Lampert reflected on a sea change in the competitive environment for retailers: “2015 has proven to be the year where the impact of [digital] changes … has spread more broadly to retailers that had previously proven to be relatively immune to such shifts,” wrote the head of Sears and Kmart. “Walmart, Nordstrom, Macy’s, Staples, Whole Foods and many others have felt the impact of disruptive changes from online competition and new business models.”

For the retail industry, store location has always been key. But in a mobile-first world where transactions are borderless, location can become a liability. These digital tectonic shifts affect every industry, but arguably none feel their impact more than retail. Digital natives such as Google, Facebook, Amazon and Alibaba are all impacting the wellbeing of every part of the retail supply chain. The result: No company will be left unscathed — including the once indomitable Wal-Mart.

Each of these strategies is an attempt to mitigate the impact of this tidal wave of digital platforms and virtual networks. However, it is increasingly clear that the digital tsunami will not be overcome with ‘physical only’ tactics. Moreover, physical and financial strategies only highlight how ‘sticking to the knitting’ is a sure road to the bottom as evidenced by continued lackluster traditional (non-e commerce) retail sales growth.

According to a February 2016 story in The Wall Street Journal, comparable store sales — a key metric in retail — for the holiday quarter fell by 7% each at Sears and Gap, and dipped 4.3% at Macy’s. Meanwhile, Wal-Mart’s U.S. stores only saw a 0.6% bump and Kohl’s went up by 0.4%. As the year went on, sales continued to stagnate. In July, the seasonally adjusted U.S. retail sales came in flat from the prior month, according to the Commerce Department. Autos and e-commerce were the main bright spots, up 1.1% and 1.3% respectively. Others were up at most 0.3% or in the negative.

“It is increasingly clear that the digital tsunami will not be overcome with ‘physical only’ tactics.”

In his letter, Lampert described the difficulty of competing with digital disruptors. “Companies are creating new business models or adapting old ones to adjust to fundamental shifts in technology, competitive landscapes, government policies and regulations, or macro trends to serve their customers in new ways. While few people may have heard of Uber five years ago, now it’s become almost a household name. It has reportedly raised over $10 billion in capital since it commenced operations at progressively higher valuations, in some cases exceeding $50 billion in value. … In an environment where new companies like Uber can raise almost unlimited capital, what are the implications for older companies that are held to a very different standard when it comes to profitability and regulation?”

It is clear from our research, as profiled in this monthly column, that capital allocation that prioritizes physical assets such as stores can be a key detriment of growth and value. In the case of Sears, focusing its capital on physical stores, which by its own admission is a losing proposition, strains resources and hampers the hiring of the best teams with the digital skills it needs. In contrast, Amazon and its web peers are growing faster, with far less physical assets (as a percentage of the total asset base), as customers shop from websites, smartphones and tablets.

The result? Traditional retailers are shrinking their physical footprints. Even Wal-Mart, the largest and one of the most successful retail chains, is shuttering stores all over the world as the retailer rebalances its investments towards digital. In fact, the company’s recent purchase of Jet.com for more than $3 billion is further proof of its desire to rebalance the spending to insure their long-term success. By all measures, this large scale purchase is a clear sign that Wal-Mart now acknowledges the need for more outside help to guarantee its business model pivot, setting the stage for others to do the same. And the numbers tell all — last year, only 3% of Wal-Mart’s sales come from e-commerce ($14 billion out of $482 billion).

Retailers Must Be Digital-first

Technology, online shopping and cybersecurity are clearly becoming top of mind for CEOs of major retailers. “We have to embrace digital,” said Target CEO Brian Cornell at the Boston College’s Chief Executives Club luncheon. “No matter what industry we’re in, or what point of disruption we’re facing. We have to all be thinking about digital first. It’s really the innovation that’s going to drive the future.”

“Capital allocation that prioritizes physical assets such as stores can be a key detriment of growth and value.”

Still, Cornell said it’s important to remember that consumers are still embracing Target’s bricks-and-mortar stores. “Our guests still love the ease and convenience that comes in the digital channel but they also love to touch and feel and interact with product,” he said. “They love that sense of discovery that comes with shopping.” However, given that Amazon is gaining ground by capturing nearly 40% of online retail sales during the holiday season, according to a December 2015 story in Bloomberg News, it is not clear there are enough ‘touch and feel’ customers to keep Target healthy.

To be sure, Wal-Mart Stores has long set the standard when it comes to traditional, store-centric retailing — leveraging technology to help the company squeeze every cent out of its costs in order to offer customers low every day pricing. But while the formidable capabilities of this asset-centric giant used to dominate the bricks-and-mortar world, it is clear that having all these stores may be more of a liability than an asset.

Amazon, once a small player in the retail industry, found its start in 1994, and is now outpacing all retailers leaving only Wal-Mart to battle it. To avoid the fate that so many failed retailers have experienced, Wal-Mart has poured billions of dollars into a digital transformation initiative that is the largest by size and scope in the retail industry — 15 acquisitions and 3,600 new hires – according to a November 2015 story in the Journal. Then came the purchase of Jet.com, a fast-growing shopping site co-founded by one of the entrepreneurs behind Diapers.com. The newspaper said Wal-Mart is also in the process of making its new Silicon Valley development center the foundation upon which to upend the company’s historic business model.

At the crux of Walmart’s digital transformation is an ambitious program to overhaul its business – Pangaea — led by Jeremy King, its CTO of Global eCommerce. The Journal said his charge was to reinvent the retailer: “Mr. King’s team has remade everything from how Wal-Mart’s website works and looks to underlying transaction software, databases and servers, and the backend data center tools to manage it all. Wal-Mart built new cloud infrastructure and data centers and wrote its own search engine in its all-out effort to develop the technological wherewithal to compete with Amazon.”

King told the paper that “Pangaea replaces everything” that has been traditionally done at Wal-Mart. “My peers, they think I’m out of my mind. Most people don’t replace entire systems in one shot, especially with from-scratch development. But given how rapidly this place is changing, we didn’t have time to screw around.”

“To become a successful retailer today, it starts with having the right mindset: … embrace of new business models and development of network orchestration including the digital platforms and customer co-creators who come with it.”

We think he is right. The retail sector doesn’t have time to waste. Sticking to the tired, old retail bricks-and-mortar business model only hurts retailers. The opportunity before the industry is to have a hyper-focus on the customer by leveraging an unprecedented amount of data now available, build a virtual network around them, encourage them to co-create the future — in terms of data, products and services — and use that network to catch up to their now increasingly entrenched and growing digital rivals. But none of it is possible without a digital platform, which is as essential as roads and bridges were to the industrial world.

It All Starts with Mental Models

To become a successful retailer today, it starts with having the right mindset from which flows the following: an embrace of new business models and development of network orchestration, including the digital platforms and customer co-creators who come with it. Then comes the process of continually re-examining one’s core beliefs about retail with an eye towards adapting them to the current digital landscape. But changing mental models can be difficult especially with entrenched legacy thinking and systems. We recommend five steps to change one’s mental models in any industry:

Surviving and growing in the age of digital networks and technology platforms require new ways of thinking and acting. To prosper as a 21st century retail executive in a fast-changing world, you need to reimagine retailing completely. The first step, however, is to ask yourself if your way of thinking, your core beliefs about retailing, are still working in the networked world of platform companies. If not, invert your core beliefs, test them on your peers, and develop more modern retail beliefs that will create differentiated success today. Indeed, Wal-Mart’s acquisition of Jet.com to take on Amazon clearly showed that it didn’t have the required people, board and processes to prevail in a digital-centric world.

Reports of lackluster retail sales do not signal doom and gloom for the future of the sector because there is good news on the digital side of the chasm. And a unifying theme binds companies in retail and other industries: digital platforms and virtual network business models are a prerequisite to success.

Although that might not seem like good news to bricks-and-mortar retailers, it is actually an opportunity for executives and boards willing to change. But they need to acknowledge reality and shift gears — now. After all, they have the intangible assets to succeed in the digital era: brand awareness, customer following, experienced workforce, and deep industry knowledge. All they need are new mental and business models to ensure a bright future.