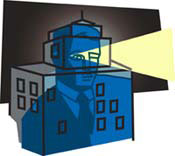 The dim job outlook for many employees has led to a resurgence in the idea of “work sharing” — in which employees work less than a full schedule and then apply for unemployment insurance to make up the difference in their paychecks.

An article in today’s Wall Street Journal notes that 22 states and the District of Columbia offer some form of work sharing, including five states that started programs since 2009 — one year after the financial crisis hit. In addition, President Obama has added a national work-sharing plan to his jobs package, which is now awaiting action by Congress, the article notes.

But work sharing has both advantages and disadvantages, according to employment experts. An obvious advantage is that by cutting back employees’ work week from five days to four or three, an employer can keep more workers on the job rather than laying them off. Another advantage, as the Journal points out, is that the program helps employees keep their skills up to date, even if they are working fewer hours. It also allows companies to adjust their employees’ hours to the ebb and flow of demand, cutting back when business is slow, and ramping up when it improves.

One disadvantage is the need for employers to spend time complying with the bureaucratic requirements of the program, according to the Journal, which cited a second downside: Avoiding layoffs means employees are delaying action that will help them find jobs in industries that are growing rather than stagnating.

In the case of a Rhode Island manufacturing company used to illustrate the Journal article, work weeks were cut by one day, which resulted in about a 10% pay cut (provided employees applied for the unemployment benefits). Health benefits were not cut.

According to Wharton management professor Matthew Bidwell. “given what we know about the very high costs of unemployment to most workers, anything that keeps people … actively engaged in the labor market has to be a good thing. It guarantees that their skills don’t atrophy and that they don’t receive the stigma of unemployment that they would otherwise suffer.”

He doesn’t buy the criticism that work sharing delays a migration to other, more robust, industries.”In most cases, companies are laying off workers because of what is a somewhat temporary fall in demand, which is basically what a recession is. When the economy picks up, many of those firms are going to be looking to hire again. So I wouldn’t worry too much about the problems of reallocating workers. My sense is that that is a side story in this recession.”

Another benefit to work sharing, he adds, is that “it allows employers to hold on to good people. If the employers do expect to expand employment again if the economy improves, they will have to replace laid off workers with untested new hires, who will lack the detailed firm-specific knowledge of the laid off workers. Being able to hold on to more workers during the downturn means they don’t have to incur those costs during the recovery.”