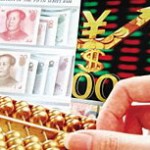 Historic changes in major stock exchanges this year look likely to go beyond the proposed merger between the New York Stock Exchange and Deutsche Börse. Analysts are also closely watching plans by the Shanghai – and now also the Hong Kong — stock exchanges to offer renminbi-denominated shares in non-mainland entities.

Raising equity funds in RMB within China could be a boon for some large global corporations. But for mainland authorities, there is a larger implication: It would be a big step forward in transforming the RMB into an international currency.

“Companies that raise RMB funds from the exchange market will primarily be using them to conduct regional trade, even if they won’t be using the funds in China,” says Simon Wong, regional economist at Standard Chartered Bank. “China is trying to promote the currency as a medium for settlement, not just for dealing with Chinese companies, but also among Asian companies.” The hope is that a liquid RMB securities market will increase the profile of the RMB as an investment currency and a reserve currency for central banks.

“It’s only been in the recent few months that the Chinese have allowed the RMB market to grow, which is why this [equity issuance] has become a reality,” says Perry Kojodjojo, Asian foreign exchange strategist at HSBC. “Everyone is very surprised by how fast the development of the RMB market in Hong Kong has been,” since developments like mainland authorities starting to allow the RMB to be used for trade settlement in 2009. “If you asked, ‘How fast will China open up its capital market?’ two or three years ago, people would have said, ‘It will take at least 10 to 20 years.’ If you ask that question now, the timeline would have shrunk quite a bit [and] some people may now suggest five to 10 years.”

Many questions remain, however, including a lack of clarity thus far about listing requirements – at least on the Shanghai exchange.

Read the complete story in China Knowledge at Wharton.