In the boom years of 2006 and 2007, European and North American private equity firms acquired significantly larger businesses, financing the deals with record levels of debt. The borrowings often consisted of four- and five-year term loans. When the credit freeze followed the banking crisis in 2008, many predicted a flood of defaults when the “wall of maturity” arrived in 2011 and 2012. Fast-forward to today and it appears as if the industry has sidestepped a crisis. Most PE firms proactively addressed the problem by paying down debt, renegotiating terms, or turning to the high-yield bond market and other sources to refinance, extending debt maturity dates by several years. But that begs a new question: How will the industry fare if economic and sovereign debt problems in Europe and the United States drag on? 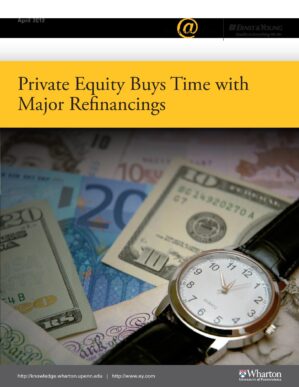