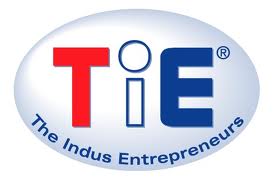 It’s not the best of times in India. The country is going through an economic slowdown and political hiccups. But amid all this, one thing that is thriving and vibrant is entrepreneurial zest.

According to Venture Intelligence, a research firm focused on private equity and mergers & acquisitions, the number of investments in India by venture capitalists (VCs) has gone up from 131 in 2010 to 182 in 2011. In value terms, the investment during the same period has grown from US$696 million to US$988 million. And the number of investments by angel investors this year was 32 compared with 24 in 2010.

The numbers are small in the context of investments in the U.S. According to Dow Jones VentureSource, investors put $8.4 billion into 765 deals for U.S.-based venture companies during the third quarter of 2011 alone. This is a 29% increase in investment and an 8% increase in deals from the same period last year. The median amount raised for a round of financing during the third quarter was $6 million, up from the $5 million median a year earlier.

But given India’s young history in angel and venture funding, there is significant reason to cheer. According to Arun Natarajan, founder and head of Venture Intelligence: “Unlike even four to five years back, there is a lot of clarity today — both among investors and entrepreneurs — as to who will invest in which segment in terms of stage of a company, the sector, the amount and so on. Also, unlike earlier, the pace of angel investments has not dipped with the vagaries of the stock market. This is probably because investors themselves have been through a few “boom and bust” cycles and know what it takes to stay the course.”

Kanwal Rekhi, venture capitalist and cofounder of TiE (formerly the Indus Entrepreneurs), the global network of entrepreneurs founded in 1992 in Silicon Valley, notes: “The entrepreneurial ecosystem in India is light years ahead of what it was 10 years ago and also much ahead of many places across the globe.”

This entrepreneurial energy was well evident at the fourth TiE Summit 2011 (TES 2011). Held recently in Bangalore, India’s very own Silicon Valley, the theme for TES 2011 was “Celebrating the Entrepreneur Trip.” Successful entrepreneurs like Sanjeev Bikhchandani (Naukri.com), Ashok Soota (Happiest Minds Technologies) and Manish Sabharwal (TeamLease) shared their stories, while venture capitalists like Artiman Ventures and Canaan Partners were on hand to give advice on what VCs look for and the intricacies of fund raising.

Positioned as Asia’s biggest entrepreneurial event, TES 2011 was attended by around 1,500 participants from across the country and outside, comprising both successful and aspiring entrepreneurs. The event had 40 sessions covering different sectors like health care, education, agriculture, social media & advertising, mobile business, clean technology, web economy and financial services. More than 100 panelists discussed trends, opportunities and challenges in the various sectors. Among the most popular were sessions on e-commerce, the mobile industry, social analytics, cloud computing and education.

Delivering the keynote address, N.S. Raghavan, cofounder of information technology firm Infosys, and founder-director or Nadathur Holdings and Investments, highlighted the need for entrepreneurs to be aware of the nuances of human behavior. He pointed out the critical role that fairness and equity play when organizations attempt to emotionally engage with all stakeholders. He also shared some interesting manifestations of human biases, particularly those that drive customer behavior. “Research work in neuro-biology and the two disciplines of neuro-economics and behavioral economics are of particular relevance to business professionals,” Raghavan said.

Hari Rajagopalachari, executive director with PricewaterhouseCoopers, spoke about the challenges around scaling a start-up. He noted that analysis shows that “entrepreneurs who are driven by a higher social purpose than just a profit motive are the ones who last longer and achieve scale.”

Now, that’s a good takeaway — not just for entrepreneurs but for businessmen of all hues.