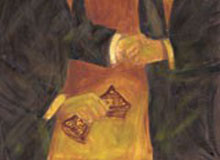 Widespread unrest in the Middle East has focused world attention on demands for political reform and the dangers of gross economic inequalities. Meanwhile, global media have extensively covered the violent confrontations between protestors and government forces in the streets of a number of Arab countries. Seemingly lost in the clamor is one of the main thrusts behind the protests — the demand for an end to corruption.

In Qatar’s capital of Doha, a small group of law enforcement, policy makers, corporate compliance officers and academics organized by the U.S. Department of Commerce, the Organization for Economic Cooperation and Development and the UN Development Program, met in May to discuss how to combat regional corruption. It is no easy task, participants agreed, partly because various forms of corruption occur within the public and private sectors in the Arab world, and partly because of a number of cultural, political and law enforcement challenges that have prevented needed reforms.

“In the region there’s a close relationship between the ruling elite and the business elite,” said Wharton legal studies and business ethics professor Philip Nichols, who addressed the conference. “So one aspect of controlling corruption in this region is drawing lines, and creating some kind of distinction between a person’s role here and there, and a cultural recognition that the responsibility to govern is distinct from the responsibility to take care of your friends and family.”

The scale of the problem is illustrated in a January report done by the Washington, D.C.-based advocacy group Global Financial Integrity, said Ahmed Sakr Ashour, a professor of management at Egypt’s Alexandria University. The report noted that four of the top 10 countries in the world for illicit financial flows — including monies for bribery and tax evasion — were Gulf nations. All of the outflow amounts, Ashour added, were measured in the hundreds of billions.

Note: Read the complete article in Arabic Knowledge at Wharton