China’s president Hu Jintao is meeting with President Obama in Washington, D.C., this week. Trade relations and currency valuations are no doubt on the agenda. The U.S. has long wanted China to increase the value of the renminbi to provide some balance to the U.S. trade deficit, and China is viewed by the U.S. as dragging its feet endlessly to avoid any meaningful changes that could disrupt its export-led economy. The U.S., meantime, relies on China to help finance its deficit through large Chinese purchases of U.S. Treasury securities. 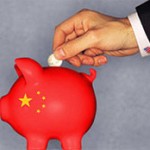 Given this mutual dependence, direct confrontations over currency or trade will likely remain off the table for now. Still, it looks as though there is new room for an escalation in skirmishes around the periphery.

Case in point: Last week, the U.S. announced it will match the export financing discounts that China is offering on bids for the sale of 150 diesel-electric locomotives to Pakistan, according to a story in the Financial Times. The U.S. is offering the cut-rate financing through the U.S. Export-Import Bank to help General Electric win the US$477 million contract. In order to match the Chinese offer, the U.S. will be violating some international trade rules under the Organization for Economic Cooperation and Development by financing the deal for 12 years (vs. the allowable 10 years.)

“This is a leading indicator of what appears likely to be a contentious period,” says Wharton business and public policy professor Howard Pack. The U.S. move is designed to send a warning message to Chinese officials. A key issue, Pack adds, is whether the company, GE in this case, is internationally competitive, leaving the only cost difference between the two bids the value of the Chinese subsidy. “If it is, the subsidy may be justified.”

Stephen J. Kobrin, a management professor at Wharton, notes that China does not play by the same rulebook and their financing policies can give Chinese firms an advantage in export markets. China’s “state-supported, authoritarian capitalist system makes it difficult to integrate that country into the ‘Western,’ rule-based liberal international order.” If the U.S. plays by the rules and China does not, China gains significant advantages. Yet, if the U.S. matches China’s financing offer — “as we are doing in this case, by violating the rules ourselves, we risk compromising the entire international framework.”

The optimal solution: Getting agreement from all parties on international transaction rules, “or less optimally, to bring effective pressure on China to conform,” Kobrin says. If those possibilities prove unrealistic, then the U.S. may have to compromise to compete. “However, if we go down that road we should do so in full knowledge of the risks to the rule-based international order.”

Pack points out that the U.S. could also turn to the World Trade Organization to help sort out such trade issues, but that process is usually cumbersome and typically decisions come “long after projects are implemented.” Such issues “should be viewed within the context of a still-fragile world economy — a trade war could tilt the international economy back into recession but the temptation to retaliate by the U.S. is very understandable.”