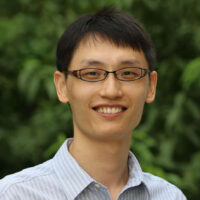 Fintech lenders are more likely to approve loans to borrowers who have adopted cashless payments than to non-adopters, according to a recent research paper titled “Fintech Lending and Cashless Payments” by experts at Wharton and elsewhere.

The cashless payment records of such borrowers provide lenders with verifiable information and thereby more efficient screening of loan applications. Those borrowers could also enjoy lower interest rates and may pose lower default risks, the paper noted. Those advantages could push more borrowers to adopt cashless payments, the researchers predicted.

The “alternative data” fintechs consider include loan applicants’ internet and social media activities, geolocation information and payment patterns, Zeng explained. “If you think about small business owners, what they buy and sell and the related payment data are directly linked to their business model, which in turn is directly linked to their creditworthiness,” he said. By using alternative data, fintechs also reach underserved populations that may not have “a long enough or good enough credit history” and therefore find it hard to get any credit from traditional banks, he added.

“The challenge with cash is nobody would ever know what happened,” said Zeng. But payments through a PayPal or Venmo create verifiable records that help both borrowers and fintech lenders accurately establish creditworthiness, he explained. “When you use cashless payments as a borrower, you provide more data to the lender to help the lender better understand you.” That superior quality of data helps lenders bring more efficiency in approving loan applications, thereby lowering their risk of default. That reduced risk will show up in the form of a lower interest rate compared to that for loan applicants who cannot provide a cashless payment trail.

The paper makes its case in two parts. One is a theoretical model that uncovers a synergy between fintech lending and cashless payments. The cashless payments provide “abundant verifiable information outside the lending relationship,” such as the alternative data described earlier. The second is causal evidence on how the use of outside information of varying verifiability affects lending outcomes. The research found that evidence in the portfolio of a prominent fintech lender in India called Indifi.

Between September 2015 and September 2019 (the period the study covered), Indifi approved a quarter of all loan applications with an average offered interest rate of 24.8% and a 7.3% default rate. The average loan size was equivalent to $5,632 and the average maturity was 15.2 months. Most were unsecured loans.

“When you use cashless payments as a borrower, you provide more data to the lender to help the lender better understand you.” –Yao Zeng

Incidentally, India has seen a surge in cashless payments after it demonetized certain high-value currency notes in November 2016. Worldwide, fintech adoption by consumers has grown significantly between 2015 and 2019, with the strongest growth in money transfer and payments.

Fintechs have “informational synergy” with cashless payments, and fintech lending could grow with data sharing and open banking, the researchers noted in their paper. That could lead to “the development of an alternative banking model without a balance sheet or traditional banking relationships,” they added. Already, technology-led payment service companies like PayPal and Square have begun offering lending products, Zeng noted, realizing the synergy predicted by the paper.

Despite the synergy between lending and payments and the resulting gains in financial inclusion, concerns may arise if fintech platforms become too big, such as Alipay and WeChat Pay in China, Zeng continued. Each has nearly 1 billion users. “The information they collect about people may potentially raise privacy concerns,” he said. “Such information may also lead to concentrated market power, and new regulatory frameworks are called for to balance the benefits and risks of platforms since they are not regulated like banks.”