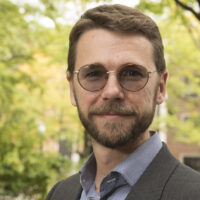 The latest research by Wharton business economics and public policy professor Benjamin Lockwood could have policymakers taking a second look at the way the Earned Income Tax Credit is structured. Lockwood’s analysis in his paper “Optimal Income Taxation with Present Bias” suggests that redefining who is eligible for the credit and changing how it is distributed may make it more effective. He explains his findings in this interview with Knowledge at Wharton.

Knowledge at Wharton: Could you give us a brief summary of your research?

Benjamin Lockwood: My research focuses fundamentally on tax policy and issues of redistribution and rising inequality. The most recent paper that I’ve been working on involves issues of work subsidies. This is a particular kind of anti-poverty program where the government pays especially low-income people to work more. These kinds of policies are quite widespread. They exist from the United Kingdom to Scandinavia to New Zealand. They exist in the United States in the form of the Earned Income Tax Credit, which is an incredibly popular policy on both sides of the political aisle. But there’s a sort of puzzle in optimal tax research because this kind of policy is sub-optimal, according to standard economic models. Instead, you should just give people a lump sum and let them choose the amount of work that they would like to provide.

To resolve that puzzle, I’ve essentially looked to more recent developments in behavioral economics research, which studies temptation and self-control…. One of the lessons of that research is that people often underestimate benefits when they come with a delay, and they overestimate upfront costs. This can explain everything from under-saving for retirement to exercising less than one intends to. When you think about it, labor effort, or the decision to work often involves those kinds of trade-offs. You need to put in time at a menial task or do lots of unpleasant work searching for a new job upfront in exchange for the possibility of a delayed benefit in the form of a pay raise or a promotion. Once you take that kind of behavioral bias into account, these sorts of work subsidies can actually make a lot of sense.

“By paying out EITC benefits more frequently throughout the year, we could avoid those kinds of high-interest loans by providing people the liquidity they need more frequently.”

Knowledge at Wharton: What were the key takeaways of the paper?

Lockwood: I think that there are a couple. One is that this helps us understand why policies like the Earned Income Tax Credit might be so widespread and so politically popular. It also helps us understand the kind of puzzle related to the EITC expansion in the 1990s. The way that expansion worked was to expand work subsidies primarily for single mothers, while at the same time reducing unconditional welfare grants. That had the effect of encouraging single mothers to enter the workforce, which they did quite substantially. And conventional economic theory suggests that because it was accompanied by reductions in other welfare programs, this should have, on balance, made single mothers worse off.

On the other hand, when you look at subjective happiness reports from single mothers over this same period, you see that they report being happier over that time frame, which is consistent with this kind of behavioral economic model, as they gained the benefits of these delayed returns to being in the labor force.

Knowledge at Wharton: What are some of the practical implications of this research for policymakers and people?

Lockwood: I think there are a couple of practical ramifications. One, it helps us better understand why we have these kinds of policies, why they’re so widespread, and why people on both sides of the political aisle might favor them. On the other hand, it also points to reforms that we could potentially make to programs like the EITC to improve them.

One type of reform would be to expand the program from its current, more narrow focus on families, primarily single mothers with children, to families without children, single men and the like. Those types of workers also face these delayed benefits in exchange for upfront costs of work.

On the other hand, it suggests how the structure of the timing of EITC benefits could be improved. The EITC is currently paid out as one lump sum at the end of the tax year, and that results in many people taking out loans against those anticipated refunds, often at very high interest rates in excess of 150% at an annualized level. By paying out EITC benefits more frequently throughout the year, we could avoid those kinds of high-interest loans by providing people the liquidity they need more frequently.

Knowledge at Wharton: Would that mean less delayed gratification because they would be getting the payment over the course of the tax year as opposed to the end?

Lockwood: Yes, exactly. In fact, that’s part of the benefit of that sort of alternative timing structure. If we can pay those benefits more frequently and closer to the time that the work is actually performed, then we can help mitigate this temptation to sort of sit back and not think as much about those delayed benefits.

“There are many different contexts where it’s helpful to build considerations of behavioral temptation and self-control into models of optimal redistribution.”

Knowledge at Wharton: How are you going to follow up this research?

Lockwood: I think there are many different contexts where it’s helpful to build considerations of behavioral temptation and self-control into models of optimal redistribution. The next project that I’m working on along these lines is looking at “sin taxes,” like this more recent soda tax that the City of Philadelphia has introduced. One of the rationales for those kinds of policies is that they help discourage unhealthy behavior — in this case, consuming sugary beverages — hopefully then reducing the incidence of obesity and diabetes. But at the same time, one perceived cost of those policies is that they can tend to be really regressive, falling heavily on lower-income consumers.

This more recent research that I’m looking at weighs those benefits and costs against each other to try to find the optimal point, and it also looks at other possible policies, like making the income tax more progressive at the same time as we increase sin taxes to kind of offset those costs.