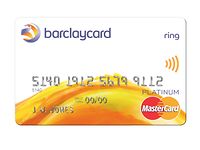 The new Barclaycard Ring MasterCard aims to be both simple and social. But more than ease of use, what the company is really pushing about the new card is that holders will have a say — up to a point — in how it is managed, serviced and even marketed by participating in an online community.

“This could be a major step in the likely application of ‘crowd-sourced everything’ to consumer credit,” says Wharton business and public policy professor Jeremy Tobacman. “Card issuers, craving gimmicks that will help them attract attention and stand out in the genuinely cutthroat competition for new accounts, could view this as an interesting marketing salvo.”

Billed by the company as the first “crowd-sourced” credit card, the product has been in pilot testing since December and opened to the general public last month. It comes with an 8% APR that applies to all balances, including purchases, transfers and cash advances. There’s no annual fee and the international transaction fee is 1%.

In addition, customers won’t have to pay a penalty APR if they default. New regulations have made it “extremely limiting to make meaningful money using [penalty] repricing these days,” says Jared Young, senior director of consumer markets for Barclaycard. “And when we were developing this product, we were looking for aspects of credit cards that are often complicated to explain to the customer. Even if [these features] made us a little bit of revenue, we decided to pull them out and make it as simple as possible.”

The card’s website is unclear about exactly what type and level of influence card holders will have, but screenshots from the card’s media site show a sample profile page that displays Foursquare-style badges awarded to a consumer for switching to paperless billing and referring friends; a sample discussion page with a query for users about how active community members should be rewarded for their efforts, and a community stats page with information including the number of accounts, the percentage of members in good standing and the number of posts and questions answered in the online community.

Young says the company is open to card holders having a high level of influence — but within a framework based around the profitability of the card. “There are a lot of different places we can go. Everything online is up for grabs, but we have to provide a framework — we can’t give away the farm,” he says. “There’s going to be a trade-off with all of the decisions that are made. If there’s a feature the community wants to build, we’ll share [information about] the expense of actually building it, and discuss how to fund it.”

Another feature of the card is that it gives community members a look at aspects of the card’s profit and loss (P&L) statements. Tobacman warns that those numbers “will be subject to a lot of assumptions that most cardholders won’t be able to evaluate.” Young acknowledges that it would be “very difficult” to report the profits of a specific portfolio. “For example, we have taken out some of the accounting treatments we’re required to put into [financial] statements because it’s so confusing,” he notes. “We’ve treated the P&L on a more cash flow basis, created a good-faith estimate of P&L and created a rewards program based on how well that P&L performs.”

The Giveback rewards program is billed as a way for card holders to share in the profit. But the card’s terms and conditions note that “this profit sharing feature is not based on the actual profits of the program. Instead, the Giveback program contains a transparent calculation that is used to determine what will be shared with the community members and which may or may not approximate actual profits.” But Young notes that the company is hoping to use the level of consumer control over how the Giveback funds are used to build trust with card holders.

Young declined to say how many people have signed up for the card so far (although he noted that the figure would be available in the first month’s profit and loss statement). He said engagement levels from the card holder community have been strong, but noted that “in almost all online communities, including Wikipedia, the law of participation is usually that 90% of people just kind of come in and read, 9% occasionally add content to the site and 1% of the community is really engaged and drives most of the volume. We’re not expecting anything different.”

But will the social aspect of the card encourage consumers’ decision making? Tobacman says that remains to be seen. “Consumers at some point could come to realize that they will feel especially guilty about defaulting on their credit cards if they have shaped the terms and they think that other card holders’ rewards are at stake,” he notes. “If consumers realize this after signing up for this card — as Barclays may dream — they will repay even in very tough times. If consumers realize this before signing up for this card, maybe they will conclude social networks are better used to sustain the self-control to avoid getting into debt in the first place.”