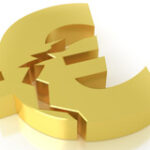 Reports about European bank fragility in the so-called “periphery” have picked up. Last week, Moody’s cut ratings for the deposits and long-term debt of 16 banks in Spain between one and three grades as customers increased withdrawals. In Greece, unsurprisingly, the pattern was even more pronounced – people increasingly were withdrawing their bank deposits. New terms are being coined for the significant level of bank withdrawals – such as a “slow-motion” bank run or a “bank jog.”

It’s an ominous development to those worried about a runaway-train dynamic with Europe’s banks. For all of the thorny problems facing European officials, and for all of the financial instruments and lending programs they continue to deploy to try to solve them, one problem could trumps all others: a market panic in which events move so fast that officials, no matter how well intentioned, simply cannot move fast enough to stop a huge, new financial meltdown that might quickly spread globally.

For now, the relatively slow-moving speed of the withdrawals has kept the anxiety in check. Wharton management professor Mauro Guillen says that, on balance, “my sense is that a run on the banks is very unlikely, except for Greece, where the risk of an exit from the Eurozone remains high.” He adds that his information is based only press reports, however.

Wharton finance professor Franklin Allen, meanwhile, is surprised at how “slow people have been to withdraw money from Greek, Spanish and Italian banks. This is particularly true in Greece. My understanding is that only about a third of deposits have been removed so far,” less than might be expected given the gravity of the situation. “For Greece the likelihood of an exit is generally estimated to be high. Probably people will lose half the value of their money relative to withdrawing now and putting it in a German bank. If people do figure this out … it will be over quite quickly. I don’t think they (officials) will be able to put in place what they need to stop it in time.”

Since there are huge doubts over whether national governments, in Greece or Spain, would have enough resources to overwhelm a full-scale bank run, the question becomes: What is the next line of defense for Europe? Until now officials have tapped various funds to support banks and sovereign debt, such as the European Financial Stability Facility the European Stability Mechanism and the Long-term Refinancing Operation. But much of that money is exhausted. And the European Central Bank (ECB) by treaty cannot be used right now as a bank of last resort.

“Each country has the equivalent of the FDIC,” Guillen notes. “That’s the first line of defense. Governments could also take over a bank if it becomes the target of a bank run. Right now, there is no European-level mechanism.” Guillen thinks that it is increasingly likely “that only eurobonds will eliminate for sure the Greek risk of exit. But we need to wait until next month’s election to see how the situation changes after that.”

Eurobonds, which would spread bailout liability among all eurozone members, are being pushed strongly by France’s new president, Francois Hollande. Yesterday, however, German officials again strongly reiterated their opposition to such common bonds. If ever issued, the bonds would help reduce financial pressure on the countries in the eurozone that are struggling with debt and recession, but would raise borrowing costs for Germany, which can borrow practically for nothing right now. Yesterday it sold 4.5 billion euros worth of two-year bonds at an unusually low interest rate of just 0.07%.

Germany’s strong opposition was restated despite newfound support for Hollande’s position from the International Monetary Fund and the Organization for Economic Co-operation and Development, two of the top global economic organizations.

“The problem is that these solutions, especially things like fiscal union will take a significant time to implement,” says Allen. “This is their problem at the moment.” The same is true for eurobonds. “Again, this will take a long time to put in place safeguards in terms of controlling expenditures, even if the Germans were to agree. However, I don’t think they will. They are gradually being sucked in further and further in terms of their exposure.”

Allen added that “we are getting closer to a bad outcome occurring. Maybe they will save it this time, but before too long something must change drastically if we are to avoid it.”