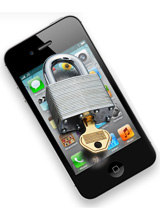 So you want to stop your employees from using their smartphones, tablets and laptop computers 24/7 — during staff meetings, strategy sessions and lunch hours as well as vacations, family reunions and graduations? How about simply stating that they can’t use them for work purposes from 6 p.m. to 6 a.m., or that they are banned every Thursday from 2 to 5 p.m., or that they are off limits during any vacation or national holiday?

Many employees “feel compelled to ‘keep up,’ and will [worry] that taking time to unplug will merely put them behind schedule,” he says. In that case, managers might have to revert to a top-down command role. They could, for example, “require … and coordinate a specific time … when [certain groups of people] shut down their email, turn off their phones and spend time unplugged. For this to work, managers may need to penalize anyone caught on e-mail or on the phone.”

Like most people who have studied this issue, Schweitzer says it should never be a one-size-fits-all approach. “The importance of ‘unplugging’ will vary across areas. For managers, strategic thinkers and anyone doing creative work, getting unplugged is critical. These people may do well taking time to go for a walk” as a way to escape the digital grind.

The problem of workaholic societies – empowered by the digital world – isn’t going away any time soon. As a recent Knowledge at Wharton article pointed out, the typical workday no longer ends at 5:30. With smartphones, tablets and laptop computers, “we have become … intravenous hookups to our jobs. Not only do we have difficulty maintaining personal boundaries with work because our lives and jobs are so enmeshed with technology, but we also feel intense pressure from our organizations to be ‘always on’ and immediately responsive to calls and emails outside of normal working hours.”

But even companies – ranging from Deutsche Telekom to Google  to Vollswagen — are waking up to the fact that it’s unhealthy for employees to be tethered to the job. It can make for a less productive, highly stressed workforce that may be able to return more emails per minute than ever before, but has lost the ability to concentrate for long periods of time or step back from the clutter to come up with new ideas.

Pico Iyer, in an opinion piece in The New York Times last December called “The Joy of Quiet,” wrote that two friends of his “observe an ‘Internet sabbath’ every week, turning off their online connections from Friday night to Monday morning, so as to try to revive those ancient customs known as family meals and conversation.”

What’s clear is that one size doesn’t fit all when it comes to finding the best way to disconnect. Stewart Friedman, a Wharton practice professor of management, agrees that universal prescriptions don’t work. Instead, he says, “ask work groups to come up with their own proposals for experiments — time-limited for a month, for example –along with credible means for evaluating whether or not the experiments are working.”

And not everyone in that work group should be forced to do the same thing, he adds. “The group can decide ,and then monitor, who gets to do what. For example, one employee gets to leave on Fridays at 5 p.m. while another comes in at 10 a.m. on Mondays, and so forth.” Measuring the impact of such an approach is critical. “If you’re part of a sales team, for example, ask how your sales numbers are doing after a month of this experiment.”

Addendum: Discussion of digital shutdowns leads to a Knowledge at WhartonToday pet peeve: Going into our local yogurt store and seeing parents glued to their smartphones while their four-, five- or six-year-old kids are silently eating their chocolate/vanilla soft serve and staring at the wall. Assuming that the child is not busy on his or her own device (and most of the ones we see are not, despite anecdotes about toddler technology geniuses), how about redrawing this picture? For parents, a rare moment alone with their child doing something fun together used to be called their “quality time.” Now, all too often, it seems to be their “digital time.”