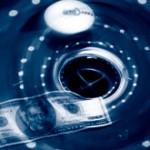 Governments have borrowed money for much of history, but a more modern system began to evolve in the Middle Ages, according to Michael McConnell, a professor at Stanford Law School who spoke at a recent Wharton conference titled, “Is U.S. Government Debt Different?” Early European kings had revenues from vast landholdings and typically needed no one’s permission to spend those funds as they wanted. But they often were forced to borrow for wars and other purposes, and this early sovereign debt, unlike today’s “safe” U.S. Treasuries, was considered highly risky.

“Kings were notoriously terrible credit risks, because they didn’t like to pay it back,” McConnell said. In the seventeenth century, England’s Charles II was forced to pay Dutch lenders 15% to 20% interest at a time when private borrowers paid only about 3%, McConnell noted. In England, control over taxation was one of the first powers won by parliament as the sovereign’s absolute authority started to erode. In 1688, Parliament took control of the authority to borrow, which had the effect of making the national debt the country’s obligation rather than the king’s. This firmer backing allowed the government to borrow at lower rates.

In the U.S., Congress’s authority over taxation and the public debt were established in the Constitution, which addresses public finances to a much greater extent than most people realize, McConnell said.

The U.S. government incurred debts from the very beginning, said Richard Sylla, a professor at New York University’s Stern School of Business who also participated in the conference. The roots of the modern Treasury system were established by Alexander Hamilton, who explained his philosophy in a 1781 letter: “A national debt if it is not excessive will be to us a national blessing; it will be a powerful cement of our union. It will also create a necessity for keeping up taxation to a degree which without being oppressive, will be a spur to industry.”

In 1790, Hamilton restructured the country’s early debt by establishing three kinds of Treasury bonds: a 6% bond, a 3% bond and a 6% deferred bond that paid no interest for the first 10 years. These bonds quickly began to trade on securities exchanges in theU.S.andEurope. “So we had a Treasury bond market from the beginning of the country,” Sylla said. “These markets were actually pretty efficient.”

In one of the first major debt-funded expenditures, $11.25 million in bonds were sold for the Louisiana Purchasein 1803. In 1868, the 14th Amendment to the Constitution asserted that “the validity of the public debt …. shall not be questioned,” underscoring the government’s obligation to pay what it owes.

Three pillars of the modern Treasury system were established between 1914 and 1939, Sylla said. Those include the Treasury Tax and Loan system started during World War I to create a network of financial institutions to receive tax and loan payments, to ease the effects that large payments into the Treasury could have on banks and money markets.

The third pillar, involving Treasury auctions, evolved from the World War I period to the 1970s. Prior to that war, bonds were sold at auction, and only to support specific projects, such as the Spanish-American War and thePanama Canal. This was replaced by sales at fixed prices to attract buyers who were afraid of auctions, and the funds were used for general needs rather than individual projects.

The fourth pillar was the establishment in 1968 of a book-entry system for keeping track of bond owners, replacing the issuance of physical bond certificates.

Just how solid are Treasury bonds, long considered a “riskless” investment? And with the U.S. debt growing to nearly $15.6 trillion, is a default possible? For more, read: The Specter of Default: How Safe Are U.S. Treasuries?