A Billion Here, A Trillion There: Calculating the Cost of Wall Street's Rescue - Knowledge@Wharton

A Billion Here, A Trillion There: Calculating the Cost of Wall Street’s Rescue 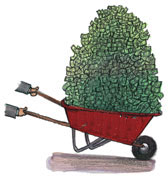 Consider the numbers: $29 billion for the Bear Stearns mess; $700 billion to buy spoiled assets; $200 billion to buy stock in Fannie Mae and Freddie Mac; an $85 billion loan to AIG insurance; another $37.8 billion for AIG; and $250 billion for bank stocks. Hundreds of billions in guarantees to back up money market funds and to guarantee bank deposits. And who knows what expenses are still to come.

All this financial rescue spending recalls the quote attributed to the late Sen. Everett Dirksen: “A billion here, a billion there, and pretty soon you’re talking real money.”

How will the U.S. pay for it all? Answer: by borrowing — raising worries about how the country’s ballooning annual budget deficits and aggregating debt will affect the economy and financial markets. Some guidelines, such as interest rates and the ratio of debt and deficits to gross domestic product, suggest the new debt will be digested easily. But some experts think those guidelines are misleading, warning that obligations are piling up like tinder on a forest floor.

“This kind of accounting that the government does — if they did it in the private sector they would go to jail,” says Kent Smetters, a professor of insurance and risk management at Wharton.

Like many experts, Smetters is not as concerned about the current deficit and debt as about the long-term obligations that include monumental sums for Social Security, Medicare and Medicaid as baby boomers age. “The problems that we face right now are trivial — they are just an appetizer for the big show,” he predicts.

What will the financial rescues cost? A tally can’t be figured by simply adding the sums for each response. Many of the figures, such as the $700 billion Troubled Assets Relief Program to buy illiquid mortgage-backed securities from financial firms, are upper limits set by lawmakers or regulators who hope that less will be spent. Some figures overlap. The $250 billion bank investment is to come out of the TARP fund, for example.

And much of the spending is to purchase assets that could eventually be sold, offsetting all or part of the cost and perhaps even turning a profit. That includes mortgage-backed securities and derivatives for TARP as well as ownership stakes in banks and Fannie and Freddie. Some funds, like the money for AIG, are for loans the government expects to be repaid, with interest — unless the borrower defaults. Others are guarantees that will be tapped only in an emergency — the $29 billion for Bear Stearns and hundreds of billions to raise confidence in the safety of money markets and bank savings.

Wharton finance professor Richard Marston notes that more taxpayer-financed rescues are likely to come. General Motors and Chrysler, now in merger talks, are said be running out of cash and in line for early access to a federal loan fund. Like the financial giants already helped, might any or all of the Big Three U.S. automakers be considered too big to fail? The California state budget is in the red, and other states may follow. “I don’t think we’ve seen the end of this,” Marston predicts. “It’s going to be real expensive next year… There’s no way the federal government is not going to bail out General Motors and Ford…. We have opened a Pandora’s box.”

Though the eventual tally is impossible to pinpoint, some experts suggest the annual deficit — the amount borrowed to make up the differences between spending and revenue — will soar. In an early October television interview, Peter Orszag, director of the Congressional Budget Office, forecast that rescue spending and falling tax revenue from a recession could create a $750 billion deficit in the current fiscal year, up from the $455 billion of the just-ended year. The deficit was about $163 billion in 2007. The Concord Coalition, a non-partisan deficit-fighting organization, says next year’s figure could exceed $1 trillion. As it approved rescue packages, Congress last summer and this fall raised the debt ceiling to $11.3 trillion from $9.8 trillion. Currently, the debt stands at just over $10 trillion.

The debt is the build-up of annual deficits, which run in cycles, says Marston. During recessions, tax revenue falls along with economic activity, causing deficits to rise. Deficits are typically gauged as a percentage of the gross domestic product, and economists generally worry when this figure exceeds 3%. In 2007, it was 1.2%; in 2008 it jumped to 3.2%. A trillion dollars would be 7% — or more if the economy shrinks — the highest since the 6% of the 1980s. Before 2008, deficits had fallen for several years because the relatively strong economy lifted tax revenues. In recent years, the deficit has been relatively low by historical standards. It has averaged just over 4% of GDP since World War II. The budget was in surplus from 1998 through 2001.

“Even without the bailouts, we would have had a serious deterioration of the deficit,” Marston notes. “We always do at the beginning of a recession. Now you have the bailout…. The big story in terms of deterioration is the cyclical movements. Tax revenues are just plummeting.”

Though the total federal debt stands at about $10 trillion, nearly half is debt one part of government owes another. Economists focus on the “debt held by the public,” which is what the government owes to debt holders like Treasury bond owners. That stands at about $5.4 trillion, about 38% of gross domestic product. The percentage has been higher during most of the past 70 years, with the exception being the 1970s. At the end of World War II, the debt exceeded 100% of GDP, and the post-World War II average is around 43%. The low was 24% in 1974. Many developed countries carry much heavier debt loads relative to GDP.

Seen in the context of GDP, deficits and debt have not been terribly alarming in recent years, and even the expected spike in the deficit would appear to leave the debt in manageable territory. But that’s not to say these obligations don’t matter. “If the ratio is going up over time, we’ve got a problem,” according to Wharton finance professor Marshall E. Blume. “If it’s going down over time, it’s not as much of a problem.”

Debt has to be paid off with interest. The bigger the debt-service bill, the harder it is for government to pay other expenses without raising taxes. In fiscal 2008, interest on the debt cost the government about $234 billion, or 8% of total spending. “It seems to me it is going to restrain what the next president is going to be able to do,” Blume calculates. “We may be able to handle it but it will cost us in other areas.”

Moreover, if Treasury sales are soaking up investor dollars, that money is not available for other investments that drive economic growth, such as stocks or corporate bonds. High government debt reduces economic growth. “It’s called ‘crowding out,'” Blume says. “The government is crowding out the private sector.”

A Deficit of Confidence in the Numbers

Smetters thinks the debt-related problems are far worse than government numbers indicate. If the government followed the accounting required of corporations, it would include as a liability the present value of future expenses for Social Security, Medicare and Medicaid. That would have made the 2006 deficit $2.4 trillion instead of $248 billion. The current debt would be around $68 trillion, not $10 trillion. “The bottom line is that they just don’t have forward-looking measures.”

Marston and Blume, too, argue that these future costs present an immense problem. Dealing with it will require some combination of raising taxes or cutting benefits — or “monetizing” the problem. Essentially, that means printing money to raise inflation, which should push tax revenues up (although higher inflation also could raise Social Security and Medicare expenses, offsetting the benefit). “With the liquidity that’s being pumped into the system, and the loose credit that the Treasury and Fed are trying to create, down the line we are going to have to worry about inflation,” Marston suggests.

Nearly all economists agree entitlements are a looming threat, according to Marston. “It doesn’t matter what the political persuasion is. We are much more worried about the entitlement issue than we are about the cyclical deficit and interest rates.”

But if the problem is so serious, why are the financial markets not signaling alarms by raising interest rates? In the traditional view, growing deficits and debt work to drive interest rates upward, because the government, like a desperate gambler turning to a loan shark, must offer higher yields to attract lenders — the investors who buy Treasury bonds. But Treasury yields are not rising substantially. “We’re paying no penalty at all for the increase in government spending,” Marston notes, arguing that other factors are offsetting the interest-heightening influence of debt.

He and Blume point to the global savings glut — a mountain of money seeking investments and turning to U.S. Treasuries, considered among the safest holdings in the world. This high demand offsets the growing supply of Treasuries, which include Bills, Notes and Bonds, allowing the government to sell them with low yields. The 30-year Treasury bonds yield a paltry 4.2%

The worldwide “flight to safety” is underscored by the dollar’s recent rise against the euro, which has been a strong competitor to the U.S. currency in recent years, Marston observes. The dollar’s rise is caused by heavy demand for Treasuries. “The Treasury, in this crisis, is being viewed as the safest harbor in the world. And that is an eye-opener. I wouldn’t have predicted that — particularly against the euro.”

According to Smetters, interest rates should not be seen as the canary in the coal mine, an infallible early warning system. “The common belief that capital markets cannot fail is precisely the reason why they can,” Smetters wrote in a 2007 article in Financial Analysts Journal, “Do the Markets Care about the $2.4 Trillion U.S. Deficit?” Smetters and his co-author, Jagadeesh Gokhale, a Cato Institute fellow, wrote that “the United States has never faced anything close to the unbalanced balance sheet it now confronts — not even during World War II.” They conclude that fixed-income investors “reveal enormous myopia about the implications of the financial problems facing the federal government.”

Herd instincts cause these investors to reinforce one another’s views that nothing is wrong because the low interest rates say so, he and Gokhale wrote. Their article was written before the current financial meltdown — largely caused by the financial markets’ failure to identify rising risks by pushing interest rates up. Many experts’ faith in the predictive value of interest rates has been shaken over the past two years. Deficits and debt do matter — if not today, someday, Smetters says.

To economists, the most frightening fact is that the enormous cost of today’s financial rescues is just a drop in the bucket.

"A Billion Here, A Trillion There: Calculating the Cost of Wall Street’s Rescue." Knowledge@Wharton. The Wharton School, University of Pennsylvania, 29 October, 2008. Web. 09 May, 2021 <https://knowledge.wharton.upenn.edu/article/a-billion-here-a-trillion-there-calculating-the-cost-of-wall-streets-rescue/>

A Billion Here, A Trillion There: Calculating the Cost of Wall Street’s Rescue. Knowledge@Wharton (2008, October 29). Retrieved from https://knowledge.wharton.upenn.edu/article/a-billion-here-a-trillion-there-calculating-the-cost-of-wall-streets-rescue/

"A Billion Here, A Trillion There: Calculating the Cost of Wall Street’s Rescue" Knowledge@Wharton, October 29, 2008,
accessed May 09, 2021. https://knowledge.wharton.upenn.edu/article/a-billion-here-a-trillion-there-calculating-the-cost-of-wall-streets-rescue/