When Engaging with Your Stakeholders Is Worth Its Weight in Gold 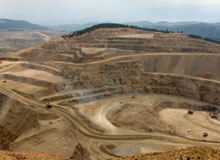 Wharton management professor Witold Henisz has been studying political and social risk management for 15 years, focusing mainly on strategies of avoidance — i.e., better identification of risky places to do business, and then helping companies minimize their exposure to them. Recently, he discovered a way to distinguish the payoff in “engag[ing] with these risky environments. What strategies did firms that decided to enter these markets follow? Why did some succeed and others fail?”

The result is a research paper titled “Spinning Gold: The Financial Returns to External Stakeholder Engagement,” by Henisz and Sinziana Dorobantu, a senior research fellow and lecturer at Wharton, and Lite Nartey, an assistant professor at the University of South Carolina.

The authors used data from 26 gold mines owned by 19 publicly traded firms between 1993 and 2008. By coding more than 50,000 “stakeholder events” found in media reports, Henisz and his colleagues developed an index of the degree of stakeholder cooperation or conflict for these mines.

The term “stakeholders” in this context, says Henisz, includes everyone from local and national politicians and community leaders to priests, war lords, paramilitary groups, NGOs and international bodies like the World Bank. The term “stakeholder event” includes reported actions or expressions of sentiment from these groups that indicate cooperation with the mine owners, as well conflict with them. “At one extreme would be militia attacks on mines in the Congo. The other extreme would be groups in the Congo organizing to defend a mine from such an attack,” Henisz notes. Other events are far less extreme, such as peaceful protests by community leaders or demonstrations by environmental NGOs like Greenpeace or the World Wildlife Federation. The mines are so big, Henisz adds, that “whoever the politically relevant stakeholders in an area are, they often take sides because so much money and so many jobs are at stake.”

The researchers’ goal was to figure out what role these stakeholder events played in companies’ efforts to maximize profits. The answer: a very large role. As Henisz notes: “There is a powerful business case to win the hearts and minds of external stakeholders. We found in our research that the value of the relationship with politicians and community members is worth twice as much as the value of the gold that the 26 mines ostensibly control.”

To arrive at that conclusion, Henisz and his colleagues looked at the firms’ listings on the Toronto Stock Exchange, which requires each company to disclose enough data to calculate the net present value of their gold mine(s). The data includes audited information on gold reserves, what it will cost to get the gold out, what a mine’s fixed costs are and so forth. Based on these numbers, an estimate of what the gold from each mine is worth — and thus the market valuation of the parent company — should be easy to calculate, says Henisz. “But when you compare those two figures, it turns out that the companies trade at a 72% discount on average,” because the figure does not take into account the probability of delays or disruptions, and the cost overruns or revenue shortfalls that result.

Tracking the actions of media-relevant stakeholders allowed Henisz and his group to quantify the degree of cooperation and conflict for each mine, and come up with a single metric that served as an estimate of these likely delays and disruptions. They were thus able to improve the fit of the financial market valuation estimation of the 19 publicly traded parent firms. “By incorporating this metric in a market capitalization analysis that also includes macro-political level constraints on policy change, we reduce the discount placed by financial markets on the net present value of the gold controlled by these 19 firms from 72% down to between 33% and 12%,” the authors write in their paper.

The Need for a ‘Social License’

The Wharton research quantifies what a number of mining firms have already realized — that reducing conflict with external stakeholders in favor of winning their cooperation improves the companies’ chances that a business plan can proceed on budget and on time, and most importantly, generate sustainable shareholder value.

“Ironically, the very companies that were once pilloried for their lack of concern for anything but the short-term financial bottom line are now global leaders in the implementation of stakeholder engagement,” the authors note. “Their growing preference for operating mines under conditions of political and social support are also affecting small mining companies, which, motivated by their desire to eventually sell their operations to the majors, are increasingly acknowledging the need to obtain a ‘social license’ for their mining projects around the world.”

The researchers’ paper offers a succinct description of life in the mining industry: “Fifteen billion dollars of gold sitting in a mountainside cannot be transformed into [profits] with financial, engineering and marketing inputs alone. It also requires the political and social support of key stakeholders, including not only members of the economic value chain, but also government officials, regulators, community leaders and members of civil society. These stakeholders may reside locally, nationally or internationally…. They are able to … delay the opening of the mine, suspend its operations or so raise the cost of continued development or operations as to make the mine owner and operator choose to suspend or abandon it.”

A quote from a COO at one of the mines in the researchers’ sample puts it another way: “It used to be the case that the value of a gold mine was based on three variables; the amount of gold in the ground, the cost of extraction and the world price of gold,” he states. “Today, I can show you two mines identical on these three variables that differ in their valuation by an order of magnitude. Why? Because one has local support and the other doesn’t.”

Henisz and his colleagues studied the mining and oil and gas industries first because the nature of their products required companies to enter some of the riskiest areas in the world. “Several of them made every mistake possible and got completely burned. But then they learned,” Henisz says. “Now, ironically, these industries that we think of as scorched-earth, environmentally devastating and uncaring are some of those at the forefront of sustainability and stakeholder engagement. Most multinationals in the world could learn a lot by studying what some mining companies are doing in Africa.”

According to Henisz, the research results are applicable to a number of other industries, including construction, oil and gas, agriculture, minerals, alternative energy and water — any sector that involves large building projects, substantial upfront investments and long payback periods. “Our findings are applicable wherever there is a project-based investment that can be delayed or disrupted and where people are worried about water supply, traffic patterns, environmental damage and so forth,” he says. Other examples would be a company about to construct a billion-dollar semiconductor plant or a retailer like Walmart seeking approval for a big box store in the middle of a rural community.

Henisz has an answer for researchers who state that pure profit maximization — and the highest returns for shareholders — should be the only goal of public companies. “It’s not ‘either or,'” he notes. “If companies want to maximize their profits, there is a degree of stakeholder engagement that they have to undertake.” Those able to recognize the need for sophisticated stakeholder strategies, he adds, “will find this to be a source of competitive advantage.” As the head of sustainability for a major mining company recently said, “If a modern mining company thinks its competitive advantage is in mining, they are sadly mistaken.” The implication is that “being good at sustainability will differentiate successful mining companies in the future,” Henisz says.

He has compiled a list of best practices for businesses that are serious about engaging stakeholders. First, he says, change the mindset of the company so that employees across the board believe that stakeholders are important. Second, get the necessary data to explain who the stakeholders are, what they want and who is connected to whom. Third, find a way to link data to operating performance, integrating the information into risk management systems rather than treating it as a separate category. Fourth, interact with stakeholders in the community in a genuine and fair manner; respond to their concerns and form connections rather than just writing a check. And last, find a way to disseminate information about the ongoing project that is credible and transparent.

As the researchers’ article states: While the importance of “the direct link between perceptions of social responsibility and market valuation will obviously vary enormously across industries and countries, we would argue … that its existence is ubiquitous. In short, the social license to operate is more than rhetoric. It is … empirically testable and strategically relevant. For these mining firms, pursuing cooperation from and minimizing conflict with stakeholders is not just corporate social responsibility, but enlightened self-interest.”

"When Engaging with Your Stakeholders Is Worth Its Weight in Gold." Knowledge@Wharton. The Wharton School, University of Pennsylvania, 20 July, 2011. Web. 05 August, 2021 <https://knowledge.wharton.upenn.edu/article/when-engaging-with-your-stakeholders-is-worth-its-weight-in-gold/>

When Engaging with Your Stakeholders Is Worth Its Weight in Gold. Knowledge@Wharton (2011, July 20). Retrieved from https://knowledge.wharton.upenn.edu/article/when-engaging-with-your-stakeholders-is-worth-its-weight-in-gold/

"When Engaging with Your Stakeholders Is Worth Its Weight in Gold" Knowledge@Wharton, July 20, 2011,
accessed August 05, 2021. https://knowledge.wharton.upenn.edu/article/when-engaging-with-your-stakeholders-is-worth-its-weight-in-gold/