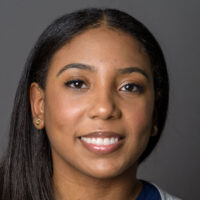 Wharton marketing professor Wendy De La Rosa was enjoying dinner with family when her cousin started raving about a new arrangement with his employer that allows him to access his wages each day through an app, rather than waiting for payday.

More businesses are offering this type of pay as a benefit to lure workers, especially during a tight labor market exacerbated by the COVID-19 pandemic. Walmart, McDonald’s, Wendy’s, Arby’s, Big Lots, and Kroger are among many restaurants and retailers that have adopted on-demand pay, but even some professional firms are jumping on the trend. For De La Rosa, whose research focuses on consumer behavior, that conversation with her cousin sparked all sorts of questions about what happens to spending and saving patterns when workers are paid more frequently.

“We’re moving into this world where people have access to their funds much more rapidly than they used to a couple of years ago,” she said during an interview with Wharton Business Daily on SiriusXM.

In a co-authored study, De La Rosa found that people who are paid more often tend to spend more because their perception of their personal wealth changes — they think they have more money than they actually do.

“When you get paid every day, you have less uncertainty about whether or not you’re going to make it through the month because you feel like, ‘I’m going to get money tomorrow,’” De La Rosa explained. “You end up spending more on things you don’t necessarily need. You’re more likely to eat out or buy nondiscretionary items.”

“We’re moving into this world where people have access to their funds much more rapidly than they used to a couple of years ago.” — Wendy De La Rosa

The study, published in the Journal of Consumer Research, is titled “The Impact of Payment Frequency on Consumer Spending and Subjective Wealth Perceptions.” It was written with Stephanie M. Tully, marketing professor at the University of Southern California’s Marshall School of Business.

For the study, the professors analyzed the spending habits of 30,000 American consumers using data provided by a financial services company. They also conducted several lab simulations to gather additional data. Throughout the research, they found a consistent correlation between higher spending and higher pay frequency. The correlation was stronger among lower-paid workers than higher-paid ones.

“If we take somebody who gets paid once a month and give them their pay every weekday, our data would suggest that they would end up spending over $250 more throughout the year, which is more than double what the average American spends on books, newspapers, and magazines combined,” De La Rosa said. “This has real dollars behind it, and it may have real consequences for consumers’ financial well-being.”

‘The Beauty of Our Brains’

De La Rosa doesn’t malign the practice of on-demand pay, pointing out that it’s helpful for people who have real-life liquidity constraints and need their money faster to pay the rent or utilities. But human beings are not “completely rational machines” who lack an emotional relationship with money. Getting paid daily leads to a false sense of wealth, which can fundamentally change spending. That’s why she and Tully advocate for the development of interventions to encourage better saving habits for people taking advantage of on-demand pay. One example would be limiting instant access to several times a month.

De La Rosa said the wealth subjectivity that they found in the research is a good reminder that “we have to recognize the beauty of our brains,” which excel at creating all sorts of biases, shortcuts, and rationalizations to get through life.

“This has real dollars behind it, and it may have real consequences for consumers’ financial well-being.” — Wendy De La Rosa

“No one wants to spend their entire day thinking about their finances. We have better things to do,” she said. “So, the more that we can create interventions where people don’t have to actively think about their financial situation and just put it on auto-play, I think the better a society we will be.”

One of the more concerning aspects of on-demand pay that the professors note in the research is the cost of using digital tools. Many of the apps and software add-ons charge a fee of up to $2.99 for instant wage access. A person making $15 an hour who taps their cash five days a week ends up paying the equivalent of 428% in annual interest.

“When you work out the math, the interest in that turns out to be worse than a payday loan,” De La Rosa said.

Research is ongoing to figure out the best ways to put guardrails around on-demand pay, she added. It’s a complicated dance of finance and psychology, but it’s worth it to help the most vulnerable workers.

“We have to understand the mental processes so we can turn it on its head for good instead of for bad,” she said.