Wharton’s Jeremy Siegel talks with Wharton Business Daily on SiriusXM about what’s ahead for the U.S. stock market.

The U.S. stock market is likely to continue its strong cadence well into 2021, with “a good election” and encouraging signs that a COVID-19 vaccine will be available soon, according to Wharton finance professor Jeremy Siegel. The Dow Jones Industrial Average has been trending up since late March, notwithstanding intermittent dips, and hit a milestone of 30,000 on November 24.

“The vaccine will be rolled out and things in 2021 are going to be significantly better – 2021 is going to be gangbusters,” Siegel said last week on the Wharton Business Daily show on SiriusXM. (Listen to the complete podcast above.) Other positive signals include a record jump in home-buyer confidence and savings that people have built during the recent lockdowns, he said. “The stars are aligned for continuing upward movement in this market,” said Siegel. “The vaccine development and the outcome of the election take out the uncertainty going forward.”

No Tax Increases or Radical Reforms

In more than one way, “it has been a really good election for the market,” Siegel observed. He pointed out that in a Republican-dominated Senate, the Joe Biden administration will be unable to implement its proposals to increase taxes. “If the Senate stays Republican, which looks very likely, the [proposed] tax increases of [President-elect Joe] Biden, which would be quite negative for the market, are not going to be implemented. As a result, the corporate tax cuts are going to stay.”

Siegel also wasn’t hopeful of “radical reforms” from the Biden administration. According to him, its latitude will be limited largely to easing trade policy and reversing some Trump-era regulatory relaxations. “The Republicans did very well in Congress [in the recent elections], so the possibility of radical reforms going through are greatly reduced.”

Hopes for a Vaccine

Siegel based most of his hopes for continued strength of the stock market on the COVID-19 vaccines. However, “we’ve got to get through a really difficult period over the next six to eight weeks.” The Federal Reserve has also provided much liquidity through programs in response to the pandemic, he added. “All this is percolating under the surface.”

Meanwhile, uncertainty has reduced over how much more damage the pandemic could unleash, Siegel continued. “The development of the vaccine has been far better than expected.” He noted that the progress with the vaccine development is “a huge move forward” in terms of health measures in the U.S.

He acknowledged that the increases in COVID-19 cases and deaths in the U.S. and in Europe are bad news. He hoped that the fresh round of lockdowns across Europe will let up in a week or so. “The third wave of the virus has caught me. Fortunately, the high number of deaths are still only half the rate of March, when we had a tiny fraction of the reported cases that we have now. We definitely know how to treat it better.”

Those short-term trends do not dampen investment sentiment, Siegel noted. “Stocks are assets that last decades and decades,” he said. “After another three or four months of people hunkering down and looking forward to the future, [stocks] can still rally despite the grim virus news that we see right now.”

He pointed to other reasons why the stock market outlook is positive. “The good news is that there’s a lot of savings that people have built up … to get through these months,” he said. “Starting in January, things are going to look a whole lot better. We’ll get through two or three months, if we’ve got a stimulus package to give people more hope and a little bit of liquidity, and keep some of those businesses open.”

“I’m not going to say the virus [will be] gone, but by the middle of next year, it’s going to be background noise.” –Jeremy Siegel

In the bigger picture, “looking towards 2021, the vaccines are the dominant positive force,” he said. “I’m not going to say the virus [will be] gone– but by the middle of next year, it’s going to be background noise.”

Home Buyers on a High

Investment sentiment is running strong also in home-buying, another key benchmark. The National Association of Homebuilders index of home-buying sentiment soared to a record 90 in November, Siegel pointed out. Launched in 1985, the NAHB/Wells Fargo Housing Market Index is based on a monthly survey of NAHB members and is designed to take the pulse of the single-family housing market. “We’ve never had anything like that before in 45 years,” he said. “This is greater than the housing boom before the [2008] financial crisis, which was supposed to have sparked the overpricing. Home equity is now strong, portfolios are strong, liquidity is strong, and 2021 looks strong. I definitely see next year as being a good year.”

In terms of providing liquidity, the Federal Reserve has done “just about as much as it can do,” said Siegel. “The Fed got [interest] rates down to zero. Their lending facilities are there. They’ve done everything.”

Had Congress known there was going to be a third wave, “they would have gotten together and bit the bullet and done it,” said Siegel of the much-anticipated fourth round of coronavirus stimulus. Now, the outcome of runoff elections on January 5 for two Senate seats in Georgia will determine whether the Democrats or the Republicans control the U.S. Senate. “By then, I expect we will be on a downward slope of the virus.”

Siegel saw a need for Congress to act now. “[We need] stimulus checks, and PPP, or payroll protection programs, for those businesses that are still closed,” he said. “[But] it just may not happen. We’re going to just grit our teeth and say, ‘ugh.’ But we will get through it.”

Learn more: Jeremy Siegel teaches in Wharton Executive Education’s Wharton on the Markets, a 12-week speaker series designed to help you understand what to pay attention to, and plan for, in today’s unprecedented environment. 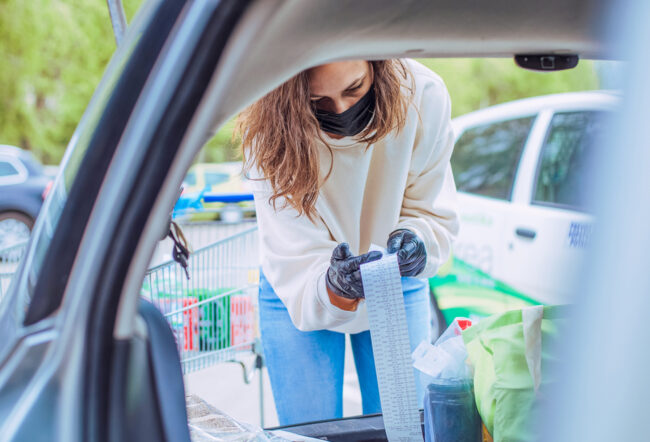 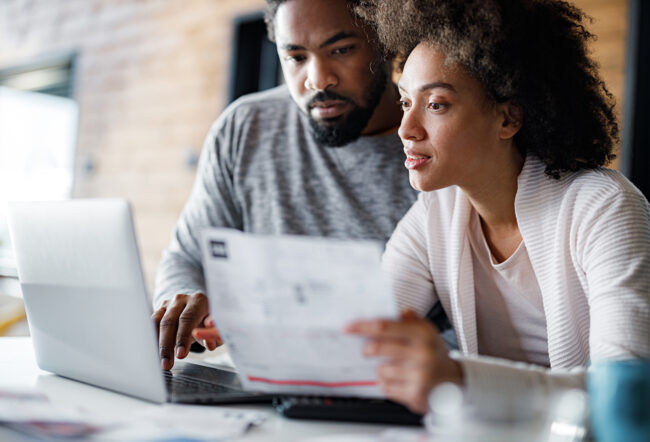