Wharton’s Michael Useem talks with Wharton Business Daily on SiriusXM about his new book, ‘The Edge.’ 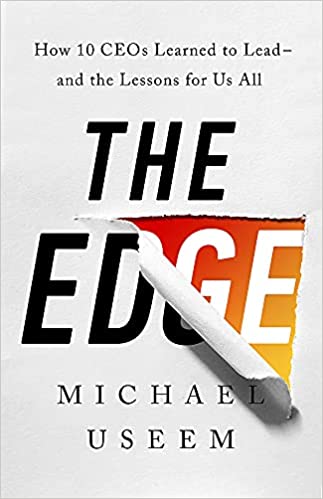 Philadelphia Eagles owner Jeffrey Lurie needed a plan. He badly wanted to win a Super Bowl — a feat that had never been accomplished by the team — and he needed to figure out how to move the entire organization from good to great.

“It was a long game, so to speak,” said Wharton management professor Michael Useem, who spent time with Lurie while researching his latest book on management. “He did come to realize he needed the right coach. He had to bring together the people in the home office, his inner circle, so that they rode in the same direction with him. And it also took a while, but it finally came up on his radar screen that he really had to take risks with players and plays in order to ultimately triumph.”

The strategy paid off when coach Doug Pederson led the Eagles to a 41–33 Super Bowl win over the New England Patriots in 2018.

Lurie is profiled in The Edge: How 10 CEOS Learned to Lead and the Lessons for Us All — a book that takes an inside look at how leaders handle adversity. From industry disruption and evolving technology to the global pandemic and shifting cultural norms, there are countless challenges for executives to overcome. But Useem believes there is only one sure way to rise above them.

“There’s no medication to make you a leader, no pill you can take, no simple solution for it. It’s often a lifelong process,” he said during an interview with Wharton Business Daily on SiriusXM. (Listen to the podcast above.) “Learn to be the complete manager, the executive that’s got the full repertoire of the skill set.”

“There’s no medication to make you a leader, no pill you can take, no simple solution for it.” –Michael Useem

Those skills include long-term vision, strategy building, sound decision-making, persuasive communication, and an understanding of how everything around you is changing, whether that’s the larger political climate or the smaller shifts in the composition of your workforce.

Tricia Griffith, the CEO of insurance giant Progressive who is also profiled in the book, exemplifies a leader who learned how to read the tea leaves and adjust accordingly, Useem said. She realized that employees wanted a greater sense of purpose and connection to their work and to how it benefits customers, so she started spending more time with them to understand their needs.

“Eschewing the older model of the grand CEO who hands strategy down for people to execute, she’s learned to be more bottoms up,” Useem said. “She’s no longer being a chief executive on a pedestal but working directly with employees.”

Also featured in the book is Mark Turner, the longtime head of WSFS Bank who stepped down in 2019 to take a seat on the board of the Delaware-based firm.

During his tenure, Turner went on a “learning tour” to Apple, Walmart, and other major firms to understand how fintech was revolutionizing industry. His goal, Useem said, was to gather information and use it to prepare the bank for the oncoming changes.

“He really came to appreciate in spades that fintech was going to transform his industry, and he better do that before somebody else did it to him,” Useem said. “That’s an example of somebody who’s trying to get ahead of the curve before the curve trips us up, to master the leadership that he’s going to have to exercise… in the years ahead.”

Useem, the author of numerous books including Leading Up: How to Lead Your Boss So You Both Win, said he was motivated to write The Edge in part because of his work as a professor. He wants to make sure that the leadership skills he’s teaching both students and professionals at Wharton are relevant and timeless. That’s especially important as the world emerges from the pandemic.

His decades of research have also taught him that it’s helpful for leaders to look beyond their own time and space to gain knowledge. It’s not just other CEOs that can provide management lessons; perhaps there are insights to be gleaned from a historical figure or someone in a different industry or different country. That’s why Useem included President George Washington among the 10 profiles in his book.

“There’s nothing that can’t be mastered,” he said. “And I think by looking far away, we can often convince ourselves that if they can do it, I can do it as well.”