Leading Diversity: How Firms Can Walk the Talk - Knowledge@Wharton

Leading Diversity: How Firms Can Walk the Talk 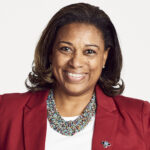 IBM doesn’t just talk the talk on diversity, equity and inclusion issues; it also walks the long, hard road to get there.

The global technology giant has an impressive roster of initiatives designed to remedy structural racism, embrace diversity and advocate for social justice both inside and outside the company. From partnering with historically Black colleges and universities (HBCUs) to pursuing the passage of hate-crime legislation and pushing for responsible use of facial recognition software, IBM is taking an active role in creating a more equitable world.

And the company has been doing so for decades, long before the tumultuous events of 2020 made social justice a buzzword for brands everywhere. IBM wrote its first Equal Opportunity Policy in 1953, a year before the landmark Brown v. Board of Education case, and eleven years before the Civil Rights Act of 1964. In 1984, IBM became one of the first companies to include sexual orientation as part of its nondiscrimination agenda, adding gender identity and expression in 2002. Its new quantum computing program with HBCUs is part of a longstanding commitment to nurture tech skills in underrepresented populations.

“One thing that’s really important to amplify is that you [at IBM] were working with HBCUs prior to the increased consciousness of race and racism in the U.S. and around the world. You were able to look at what you were already doing and retool that, continue to develop it, and invest much more deliberately and on a grander scale,” Wharton management professor Stephanie Creary said to Carla Grant Pickens, global chief diversity and inclusion officer at IBM.

Creary, an identity and diversity scholar, invited Grant Pickens to join her on a segment of her podcast series Leading Diversity at Work. (You can find more episodes here.) They discussed the myriad ways in which IBM is leading in the DEI space, especially under the guidance of CEO Arvind Krishna, an Indian-American who took over the role in April 2020.

“Absolving yourself of the responsibility by saying, ‘We can’t find any [qualified minority applicants],’ just perpetuates the notion that it’s not your job.” –Carla Grant Pickens

“The company has really strong-rooted values in diversity,” Grant Pickens said. “We have been a pioneer in this area, and we wanted to show up in a way in which our brand was going to help leverage a real change within IBM, and our voice would be heard on what is the right thing to do outside of IBM.”

She highlighted several of the company’s DEI initiatives:

The recently launched IBM-HBCU Quantum Center promises to be one of the company’s most impactful programs because it addresses inequality at the college level, before graduates go to work in the field. IBM is giving students at 13 HBCUs access to quantum computers via the cloud, educational support to learn the Qiskit open source software development framework as well as funding for undergraduate and graduate research. The goal is to create a more diverse quantum-ready workforce, according to the company website.

“I am really excited about this because these are the skills that often don’t go to historically Black schools and universities… They usually go to larger schools that have larger endowments,” Grant Pickens said. “This is of particular interest to our students because they’re really interested in solving the world’s problems.”

The program is an example of how complex problems need innovative solutions, she said. IBM realized it could actively develop a diverse pool of STEM candidates by creating opportunities and providing support at the college level. Creary praised the approach, pointing out that many firms simply sit back and grouse about not being able to find qualified minority applicants.

“Absolving yourself of the responsibility by saying, ‘We can’t find any,’ just perpetuates the notion that it’s not your job,” she said. “I think what IBM has done, and is trying to do, is step out in front saying, ‘It is our job. We need the talent, so we will put in the instructors and programs and initiatives to make sure that we have the workers that we need to be innovative and to be on top for decades to come.’”

“What I learned from other IBMers was that transparency, accountability and action are key.” –Carla Grant Pickens

IBM has an expansive agenda around the Black Lives Matter movement, which coalesced last summer around the deaths of George Floyd, Breonna Taylor, Ahmaud Arbery and other Black citizens in racially charged incidents. In response, the company has issued a “Call for Code for Racial Justice” to encourage open source solutions to social justice problems. And individual employees can show support for the BLM movement by taking the “Emb(race) Pledge.” It reads:

I pledge not to remain silent.

I pledge to better understand the Black experience.

I pledge to fully embrace race and ethnicity with empathy.

I pledge to demonstrate equality through action.

I pledge to create safe spaces to speak.

I pledge to be an upstander in every environment.

I pledge to become an ally.

A Busy Time for CDOs

With the spotlight on racial inequality and social justice, this has been a busy time for chief diversity officers like Grant Pickens. She said she spends a lot more time these days sharing best practices and innovative ideas with CDOs across the globe to find even more ways to bridge the inequality gap.

Still, her most important collaborators are her fellow employees.

Leading Diversity: How Firms Can Walk the Talk. Knowledge@Wharton (2021, January 20). Retrieved from https://knowledge.wharton.upenn.edu/article/leading-diversity-firms-can-walk-talk/

I would offer this on corporate diversity. Numbers and appearances don’t matter and aren’t evidence of true diversity.
People of color and different cultures get hired for menial positions usually of a clerical nature. Or positions as assistants or backup to employees in more lucrative jobs are handed out but there is no offer of specialized training or internships or academic programs which could lead to opportunities to advance or be promoted to those careers viewed as prestigious within the organization.
It’s like a community where one block is home to blacks the next block is home to all Asians and the next block is home to Hispanic families. That’s not diversity.